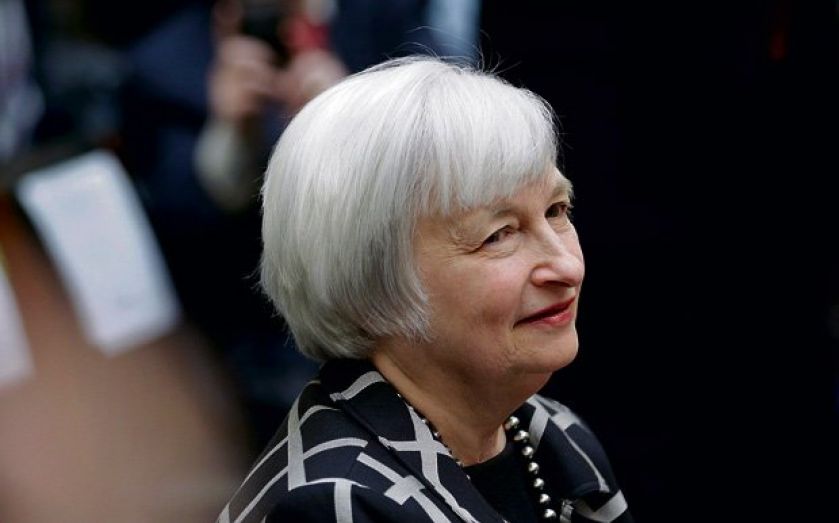 THE S&P 500 closed at a new record high last night as US stocks rose in the wake of the Federal Reserve striking a doveish tone in its post-meeting statement. The Fed hinted at a slightly faster pace of interest rate increases starting next year, but also suggested long-term rates would be lower than indicated previously. The dollar retreated against the euro and the yen yesterday. The central bank slashed its forecast for economic growth to a range of between 2.1 per cent and 2.3 per cent for 2014 from an earlier forecast of around 2.9 per cent, as expected, but gave a nod to a “rebound” in the economy in recent months . “The statement was largely doveish,” said Credit Agricole currency strategist Mark McCormick. “People were expecting the Fed to acknowledge the firmer inflation prints and the drop in the unemployment rate.” The Fed’s monthly bond purchases were cut to $35bn (£21bn) a month, a reduction of $10bn, as widely expected. The S&P closed up 14.99 points at 1,956.98 yesterday.