Slacking and napping at work could lead to business success

Alf Rehn
Alf Rehn is a professor of innovation at the University of Southern Denmark and a keynote speaker. His new book "Innovation for the Fatigued" is out now, priced £14.99. 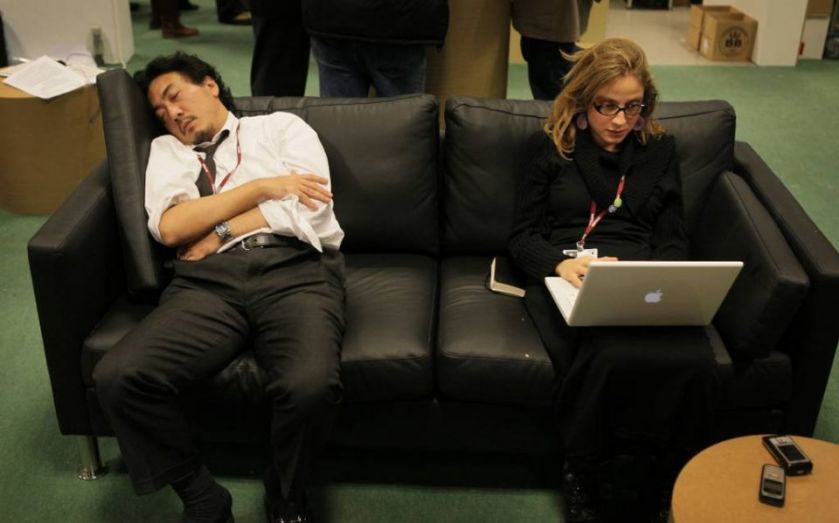 Want a killer app for making your company more innovative? Look no further than to your nearest nursery school.

Here, the staff are trained to ensure that their young clients utilise a key innovation technique – the midday nap. As odd as this may seem, something similar may be just the thing to kickstart your company’s creative energies.

When talk turns to how we can make companies more efficient and productive, the common assumption is that this means we all need to work harder and longer. This, however, is a fundamentally flawed notion. The way to create real value in the workplace often comes down to working smarter rather than harder, and usually the way to get smarter is to think creatively about things.

Yet creative thinking isn’t necessarily something that you just sit down and do. On the contrary, research into creativity has shown that it is a form of thinking that is quite irregular, and can be both provoked and dampened by the most surprising things, like naps or creativity workshops.

The latter might seem like a great thing for corporate creativity, but they can turn into “innovation theatre”. As people today have become used to them, they learn how to get through them in as painless a way as possible – as a result, they are practising their acting more than creativity.

Workshops can also strengthen the notion that creativity only belongs in such a context, and thus dampen people’s tendency to engage with creativity in their everyday work.

But slacking – in the shape of a cheeky nap or just some strategic daydreaming – that’s another thing entirely. To some, these represent totally unacceptable practices at work – something managers should forbid and exterminate. This is a great idea if you really, truly want a stressed and un-innovative organisation. But if you’d rather have a creative culture and a company that can innovate, it’s time to reconsider the humble nap.

Read more: Employers want to use wearable technology to track your sleep

Here’s some evidence to back this up. The think tank RAND has estimated that insufficient sleep costs the UK economy up to £40bn annually, and what’s scary about that figure is that it doesn’t even account for the lost creative potential.

Failing to get enough sleep might not kill you outright, but what it will certainly do is to slaughter your creativity. Without sleep, the mind cannot engage in the full gamut of imagination, as it is too busy just trying to keep core functions running.

This is why good managers should care about the sleep of their employees, and develop an appreciation for the art of the nap. Research into thinking has shown that periods of rest – times when one’s mind is occupied neither with busy work nor the problem at hand – are often the most fertile for creatively. This is why you often get great ideas while walking in nature, just before you fall asleep, or in the shower. As the mind gets to wander freely, creativity kicks in.

Naps are part and parcel of this. A short sleep or a daydream gives the brain a chance to tap into its full potential, away from creativity-killing drudgery. This means that a strategic bout of slacking is anything but ineffective. On the contrary, it might be the most value-creating thing that you do all day.