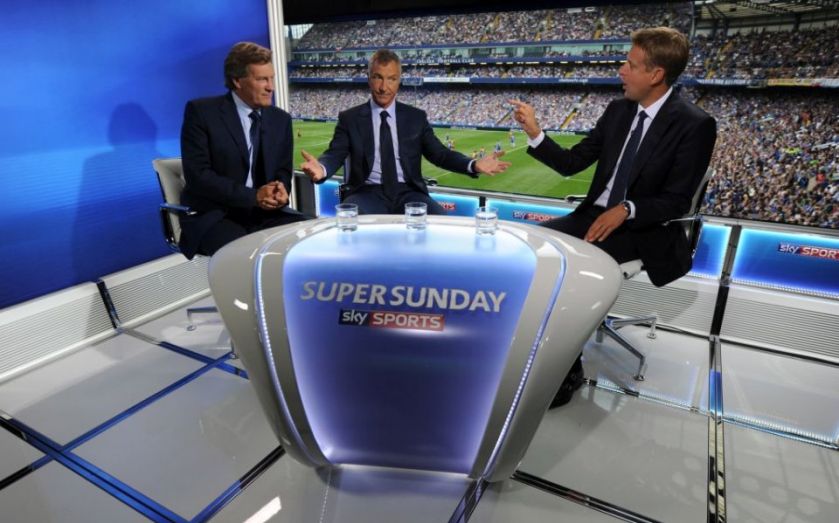 Sky Sports has raised its prices for subscriptions just weeks after winning the rights to a record £4.2bn Premier League TV deal.

Sky’s average subscription price increasing by £2.50 per month, while the sports bundle will rise by £1 to £47 a month from 1 June onwards.
The broadcaster paid £4.2bn for the rights to show 126 live Premier League matches per season in a TV rights auction last month, definitively trumping competition from BT who spent £960m on 42 games.
After securing the deal for the 2016 – 19 seasons, Sky said it would “work hard to minimise the impact of higher rights costs on customers, with the majority of the funding coming through substantial additional savings to be delivered by efficiency plans”.
However, price hikes will also be felt elsewhere with Sky increasing the price of its family bundle by nine per cent to £3 a month.
Guy Bisson, research director at media analysts Ampere Analysis, told City AM that the price rises were likely triggered by the bumper Premier League TV deal, which is unlikely to pay for itself.

It [the bid] was considerably higher than many thought, but it was exactly what we predicted based on past inflation in Sky’s Premier League bids.
Our report showed that the Premier League bats above its weight in terms of investment put in it and the direct value it gives.
So other sports are partially subsidising the Premier League and if you were to take that to a logical conclusion you could say other TV genres were doing the same.
Only about 60 or 70 per cent of people take sports packages so the rest will see some of their fees will be affected by sport.