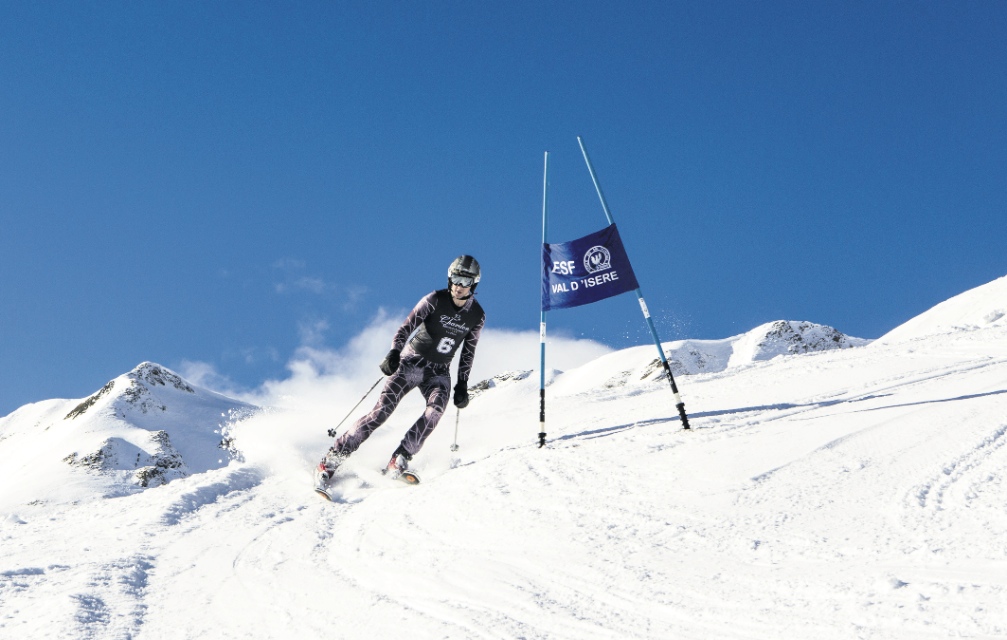 Everyone wants to look good when they’re skiing. From Armani-clad oligarchs lounging on the mountain restaurant terraces to the teenagers with GoPro cameras and a selfie stick, the goal is to look like you know what you’re doing. One way to achieve this appearance is to don a lycra ski-racing suit and a numbered racing bib. Nothing says “I’m actually a professional” quite like shuffling into the chairlift line in a skin-tight catsuit.

It also helps to be accompanied by skiing royalty, and in my case that included Benjamin Dubois, technical director of the largest ski school in the world, the ESF, and Geraldine Petit, France’s former champion racer turned ski instructor.

The illusion of expertise is easily maintained when standing still, leaning on one’s poles as Dubois and Petit set out the plan for the day. We started with an invigorating dash down the notorious Face de Bellevarde course which had been helpfully injected with water on a daily basis ahead of the famous Criterium de la Premiere Neige event to ensure that glass-like racing surface.

This fiendish but beautiful black run had been closed to the public ahead of the Criterium races, taking place this week, but thanks to the connections of luxury chalet company, Le Chardon Mountain Lodges, we’d been granted special access.

My professional companions were also on hand thanks to Le Chardon, who have launched an exclusive new ski racing package as part of their high-end Val D’Isere operation. This means that guests can experience the thrill of racing under the specialist direction of Britain’s highest ever achieving slalom skier, ex-Olympian Alain Baxter. 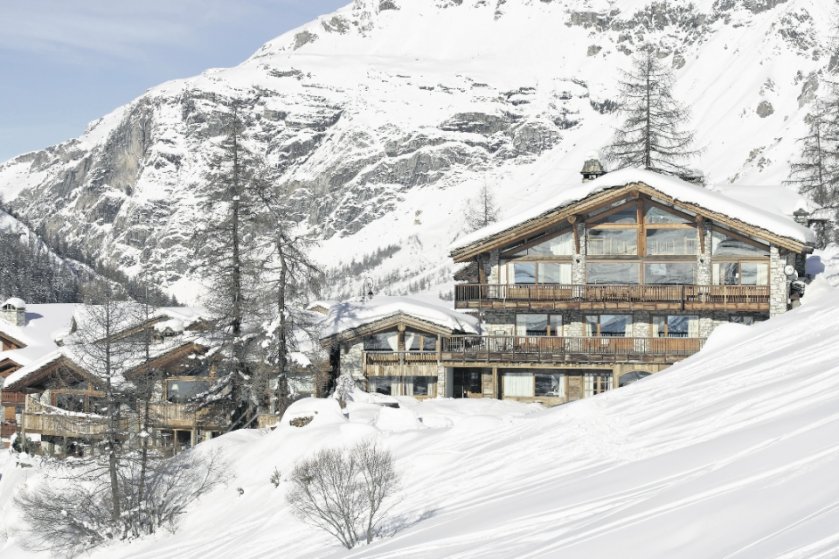 For one week only from 20 to 27 March 2016, enthusiastic amateurs and aspiring professionals alike can spend their days benefitting from a unique masterclass, and their nights curled up in some of Val d’Isere’s finest and most luxurious mountain lodges. It’s a compelling combination. Le Chardon is known for a hospitality philosophy of “we never say no.”

If a guest needs to redesign a bedroom to accommodate their $2m wine collection, or if a request comes in to run the whole week on Chinese time, the staff are only too happy to help. The idea of combining absolute luxury with serious, technical ski coaching was cooked up by Jamie Rennie, director at Le Chardon and himself a former member of the British ski team.

He also happens to be Alain Baxter’s cousin, so roping him in wasn’t too difficult. Baxter was meant to be coaching me as part of a taster session for Le Chardon’s ski race experience, but in fact he was in the final stages of recovering from a crash that left him with broken ribs.

He’ll be well enough to lead the week in March, but his absence was the reason why former French champ Petit had been drafted in. And so it was under her instruction that, after an epic sweep down the race-conditioned Face course and a morning’s coaching, we made our way to the Grand Stade slalom course. With Petit at the starting line and ESF’s top man, Dubois, at the bottom, I tried to remember the theory before launching myself off to tackle the red and blue gates.

“Lean forward…pressure! Turn early…hands!” – a hundred tips and exhortations came flooding into my mind but before I had time to put them in order I was at the bottom, being met by Dubois’ beaming smile and comprehensive list of my faults and weaknesses.

He and Petit were great coaches, but they didn’t half make it look easy. I tackled the course again and again, trying to focus on one piece of advice at a time. Having the confidence to push right into the shins and lean out over the skis was proving tricky on a 30 second course with a dozen turns, but I certainly felt my technique improve.

Back in the warmth and comfort of Le Chardon, Baxter explained via video link that ordinary skiers can benefit enormously from ski race training. The theory goes that people will rarely do the same turn twice in a day out on the slopes, but in this kind of training they’ll work on the same turn 20 or 30 times and so technical improvement becomes noticeable.

It’s certainly a hugely enjoyable (if exhausting) way to spice up the annual week-long ski trip. Val d’Isere itself is a reliable resort and benefited from great conditions even in the first week of the season. It’s also making a name for itself on the culinary scene. If your lunch on the mountain consists of sausage and chips at a self-serve counter, you’re doing it wrong. 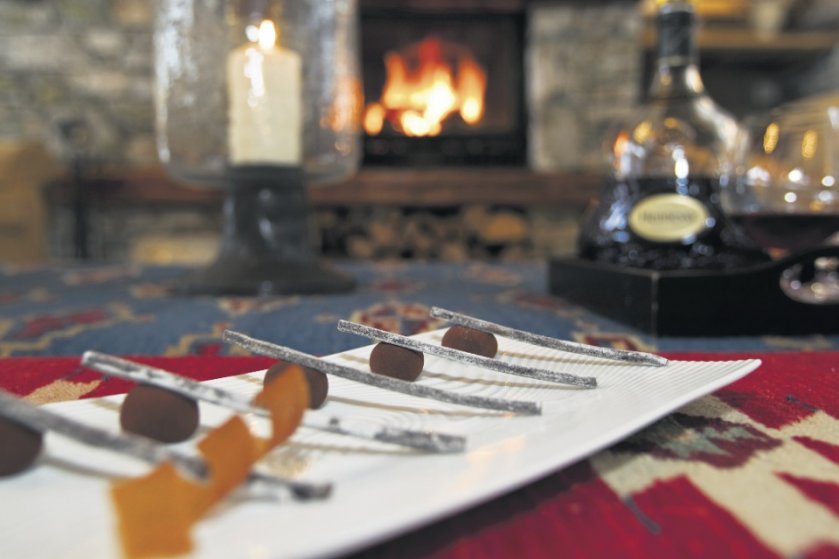 Cosy up with some gourmet canapes by the fire

Le Signal, at the top of the Fornet lift has just won Best Mountain Restaurant at the World Ski Awards, and it’s not hard to see why. There’s also La Tete de Solaise at the top of the Solaise lift, which felt more like a Mayfair brasserie. Le Chardon staff seem to be particularly good at securing reservations and giving guests access to treats that might otherwise remain undiscovered, including getting in an hour’s skiing before the lifts open to the public.

As we raced down some sweeping red runs with the sun coming up, Dubois said “are we not the most fortunate souls on earth this morning?” (It sounds more philosophical in a deep French accent). It was hard to disagree with him.

To experience it for yourself contact Le Chardon Mountain Lodges. At £2,500 per person (based on two sharing) it’s not a budget break, but it will certainly be a memorable one. The price includes luxury accommodation, fine dining, a week of race coaching and VIP transfers from Geneva Airport. Guests can opt out of the race training, but my advice is to take full advantage of Baxter’s expertise. It will help with that elusive goal: looking good on the mountain.