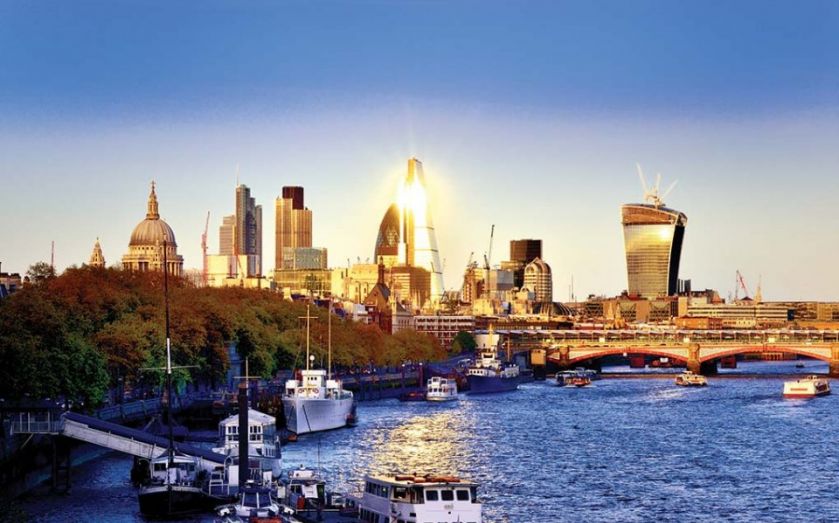 Two comments overheard in the last month or so indicate that in its own eyes, the City is becoming more philanthropic.

Both came from 40 somethings, involved in the many giving networks for young professionals that are springing up around the Square Mile.
In quiet conversation at after-event networking sessions they both commented, almost disbelievingly, along the lines of: “It’s really heartening to see these young people so enthusiastic about giving back and wanting to make a difference. They are much more philanthropic than I was at their age.”

A NEW AGE IN PHILANTHROPY

Hardly scientific, I grant you – but it is indicative of a new age of philanthropy in the City among younger people.
Our project is a driving force behind this philanthropic movement. We aim to maximise the philanthropic potential of young, bright, skilled, smart millennials as a force for good. Importantly, we want to encourage businesses to value philanthropy as a crucial part of a successful career and to nurture it though out.
So, after almost two years in the culture change business, can we see a difference? Well, culture change is difficult to measure; its long term nature and enigmatic social dimension almost defy data capture.
There are however visible and measurable indicators that point to growth in numbers and development.

TRIBES IN THE CITY

Today we can with confidence say there are more than 1000 City millennials (we are defining them as early 20s to early 40s) involved in giving circles and networks who are donating at least half a million pounds, along with more than £1m worth of pro bono skills.
They are members of a growing number of expanding circles including The City Funding Network, BeyondMe, The Bread Tin, The Philanthropy Club Secret Circle, Inspired 50 and The Engaging Philanthropy Experience Network, and you can find out more about the various models on our website (www.cityphilanthropy.org.uk/philanthropy-networks).
What we witness from out helicopter view is that philanthropy in the City is extensive and diverse; made up of different constituencies or ‘tribes’.

So we know there are scores of major donors from the City such as Winton Capital Investment founder David Harding, who this year made another multi-million pound donation in the form of a £5m gift to the Science Museum. Together, these high rollers have given billions of pounds to charity.
There are organisations such as Impetus PEF (IPEF) and Pilotlight who have created City pipelines of millions of pounds worth of pro bono professional skills (along with funding in IPEF’s case) to the charitable sector, helping it scale up and realise sustainability.
There are charitable institutions such as The Livery that gives in excess of £40m a year to a range of causes and largely education, and City Bridge Trust that in 20 years has granted more than £0.3bn to thousands of London charities.
There are hundreds of corporates investing in CSR programmes engaging their employees in community activities and creating millions of pounds worth of value.
There are motivated individuals fundraising millions for causes they believe in.
And there are millions of pounds being invested socially in thousands of enterprises.
Together it adds up to billions of pounds worth of support every year.

More importantly there is a multiplier – and that is the way money and assets are applied. City people and institutions possess financial nous and apply business imperatives. In fact this is one of the divining attributes of the City as Dr Cathy Ross of The Museum of London says in sAs Barclay’s Wealth report, Origins and Legacy: The Changing Order of Wealth Creation (Vol. 17), shows, the rise of entrepreneurial wealth is triggering change in the world of philanthropy. There is a trend towards a more holistic perspective in both developed and emerging markets.
A clear link between the rise of entrepreneurship and a growing focus on more active, engaged philanthropy is cited in the report. This is an approach that draws on business skills, time commitment and financial donations.
‘Skillanthropy’ as a key part of philanthropy is a democratizing feature. As is pooling resources and giving together. These factors have opened up the well-networked world of philanthropy to a younger age group and allow them to exercise their influence and have a voice. What we see among this younger generation is an appetite to take on the more gritty and unpopular social issues such as homelessness, sex-trafficking and immigration.

Stephanie Brobbey, a young solicitor at Goodman Derrick LLP and member of the City Funding Network, sums up this attitude among the next generation: “I think as professionals in the City or elsewhere around London we have a growing amount of influence in our various sectors and industries and we are ambassadors for our City as the next generation of leaders. We are perfectly placed, and perhaps one might say more in tune, with some of the needs and causes that are out there and we can be more innovative in our approach to philanthropy.”
Another narrative emerging in this new pragmatic world of philanthropy is how it benefits donors and businesses; it is acceptable to talk about how giving gives back.

We are seeing a strong connection between those involved in philanthropy and leadership; talent managers and HR departments are finding their high flyers among this community. Swiss financial investment company UBS made a study of those taking part in their CSR schemes and note those who did, performed better in their careers.
It is also now well established that volunteering programmes and CSR activity aid a business’ retention and recruitment – retaining the best talent is a source of competitive advantage and high attrition rates are both disruptive and costly in people-centred businesses.
Again UBS offers some evidence; recruiting through its website only it noticed applicants’ online journey often began at its CSR pages and ended up in recruitment pages, proving they look to a company’s culture as an attractor.

We also know professionals gain new career skills and opportunities from taking part in schemes that support charities, as well as improve their wellbeing. Again, data supporting this link is starting to emerge.
The most recent survey comes from Pilotlight, a charity that connects City business leaders with charities, who found 89% of executives it engages in pro bono projects reported an improved sense of wellbeing and happiness.
“There is a wealth of research pointing to the personal benefits of altruism – from physiological benefits to the cardiovascular system, to social benefits such as larger friendship groups to ‘ultimate benefits’ such as greater sense of life satisfaction,” says Dr Beth Breeze, Director of the Philanthropy Centre at the University of Kent, who carried out the survey.

It is worth noting at this point that what we see today is a continuation of almost a thousand years of exuberant philanthropy in the City, the evidence of which we see around us today in the form of hospitals, churches, schools, housing associations,buildings and ways of giving. You can find out more at our exhibition Philanthropy: The City Story now showing at Guildhall Library in the City.
And it’s a point that leads me to my favourite overheard comment this year: “Philanthropy is like sex – every generation thinks they discovered it.”
This generation may not have discovered philanthropy, but they are creating a culture where it is more acceptable to talk about it and to partake in new and experimental ways.
Cheryl Chapman is director at City Philanthropy, City of London
For the full World Charity Index 2014 list take a look at our interactive graphic