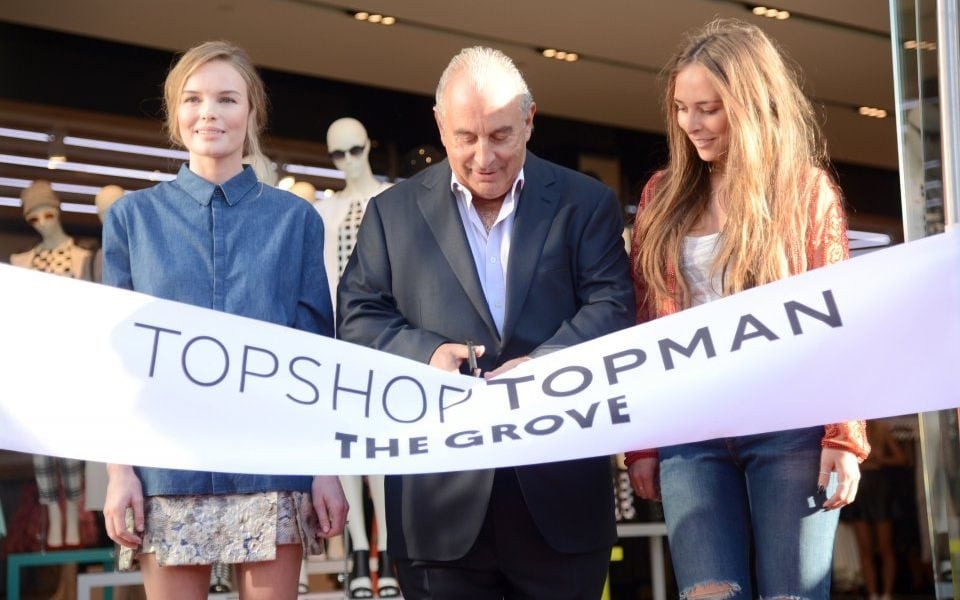 Sir Philip Green has lost his billionaire status, rounding off a torrid 12 months for the scandal-hit fashion mogul.

For the first time since 2002, Green can no longer count himself a member of the billionaires club after seeing his personal fortune halve over the course of the last year.

The Topshop tycoon and his wife Tina fell from joint 66th on the Sunday Times rich list to 156th this year as mounting pension debts and tough trading conditions blighted his high street empire.

The Monaco-based baron once dubbed the ‘King of the High Street’, who became famed for his lavish birthday parties and taste for £100m luxury yachts, was valued at roughly £5bn in 2007.

However, the businessman is now estimated to be worth roughly £950m in the wake of financial troubles at his flagship fashion group Arcadia, which includes brands such as Topshop and Dorothy Perkins.

The rich list judged Green’s Arcadia Group to be “worthless” at is grapples with £565m worth of pension debt, with the value of Green and his wife’s stake in the firm tumbling from roughly £750m last year.

The firm is understood to be currently exploring a possible company voluntary arrangement (CVA), a controversial insolvency process, as a way of restructuring the store portfolio and renegotiating rents with landlords.

Green’s wealth previously came under scrutiny after he sold BHS for £1 in 2015, sparking controversy when it went into administration less than a year later with a £571m hole in its pension fund.

The tycoon’s image has also been rocked in the last six months by a series of explosive racial, physical and sexual abuse claims reported in the Daily Telegraph late last year.

A number of high-profile figures, including entrepreneur Karren Brady, have since distanced themselves from Green, who denies allegations of misconduct.

Several MPs have also called for the Croydon-born businessman to be stripped off his knighthood in recent months following Green’s decision to drop a legal case against the Daily Telegraph.

Read more: Topshoppers are not put off by Sir Philip Green’s troubles

Meanwhile, Green’s high street rival and Sports Direct owner Mike Ashley was valued at just under £2bn in today's rich list, falling £461m over the last year after losing his 30 per cent stake in Debenhams when it collapsed into administration.

Owners of retail high street giants such as Superdry, Dixons Carphone, Majestic Wine and Wiko all saw their wealth slide over the course of the last year.