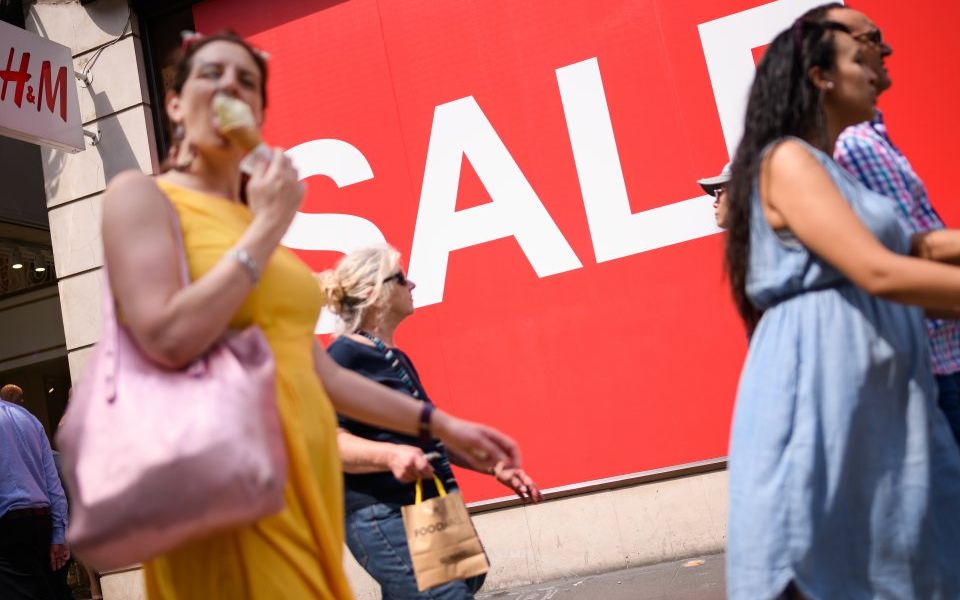 Shoppers ditched the high street in August, making it one of the worst months on record, new figures have shown.

The 2.7 per cent year-on-year decline also marked the seventh month in a row of negative in-store sales, and the eleventh month in succession where bricks-and-mortar growth failed to exceed one per cent.

Total in-store like-for-like sales fell every week of August starting with a 3.9 per cent drop in the first week, as the heatwave continued.

The onset of cooler weather and the arrival of a bank holiday by the end of the month improved the picture slightly, but sales in August's final week were still 1.1 per cent lower than this time last year.

It was a particularly poor showing for the fashion and homewares sectors, as consumers turned to online shopping and leisure activities instead.

Sophie Michael, head of retail and wholesale at BDO, said: “The high street hasn’t seen any notable growth since October last year. With inflation continuing to bite on the weekly shop and the heatwave driving discretionary spending to bars and entertaining, there is even less disposable income heading to the high street."

Retailers including John Lewis and Debenhams have this week launched fresh ad campaigns and new instore initiatives as high street stores try to entice shoppers back with new autumn ranges.