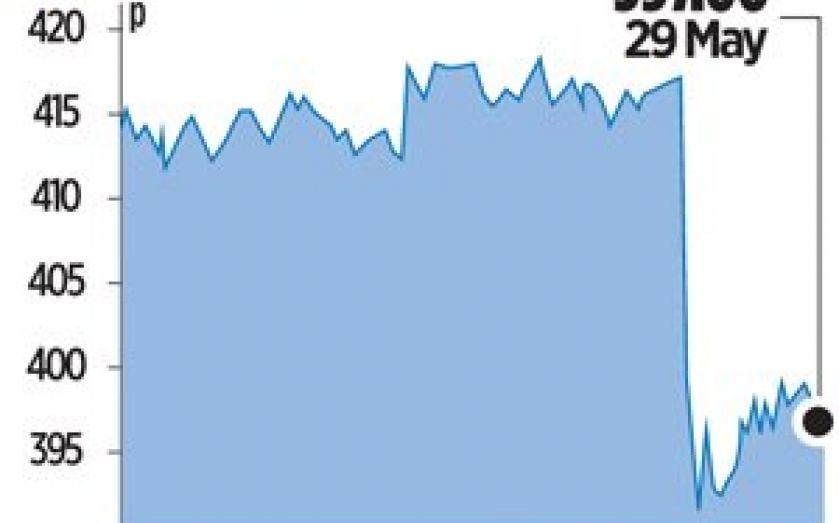 KINGFISHER’S shares fell nearly five per cent yesterday after first quarter profits fell short of City expectations, despite its B&Q chain delivering its best performance in a decade. The group, which also owns Screwfix and Castorama in France, said underlying operating profits increased by 20.3 per cent to £142m in the 13 weeks to 3 May, slightly below analyst expectations of £145m. Like-for-like sales increased by 6.1 per cent, but the market had hoped for a higher figure, given the favourable weather compared to rain last year. UK gross margins also fell two percentage points in the quarter, which Kingfisher blamed on strong sales of lower margin outdoor items and over-enthusiastic promotions on kitchens. “We put a big promotional effort in kitchens in the peak selling period in January and probably had too much discounting,” chief executive Ian Cheshire said. Despite missing forecasts, like-for-like sales at Kingfisher’s trade-focused Screwfix leapt 12 per cent while underlying sales at B&Q were up 9.7 per cent as Britons splashed out on improving their gardens. In France, where Kingfisher makes half of its profits, like-for-like sales edged up 1.6 per cent as weak consumer confidence continued to weigh down on the business. The group warned that its second quarter would be much tougher after a strong second quarter last year.