Amidst the collapse of international travel, British Airways (BA) has seen plummeting profits – and been forced to lay off thousands of staff. With restrictions easing, the airline has paid tribute to its employees: airing a new TV ad in honour of its global team as they take to the skies in greater numbers.

Data from YouGov BrandIndex suggests that the effort went down well with the public.

Recommendation scores, which measure whether the public would be willing or unwilling to suggest a particular brand to their friends and colleagues, increased by 12.2 points: from 21.6 to 33.8 (+12.2), falling back to a (still-improved) 25.5 by the end of the week. Satisfaction scores, which measure overall happiness with a brand among its customers, temporarily doubled: rising from 18.3 to 36.6 (+18.3) before falling back down to 27.6 (May 13). 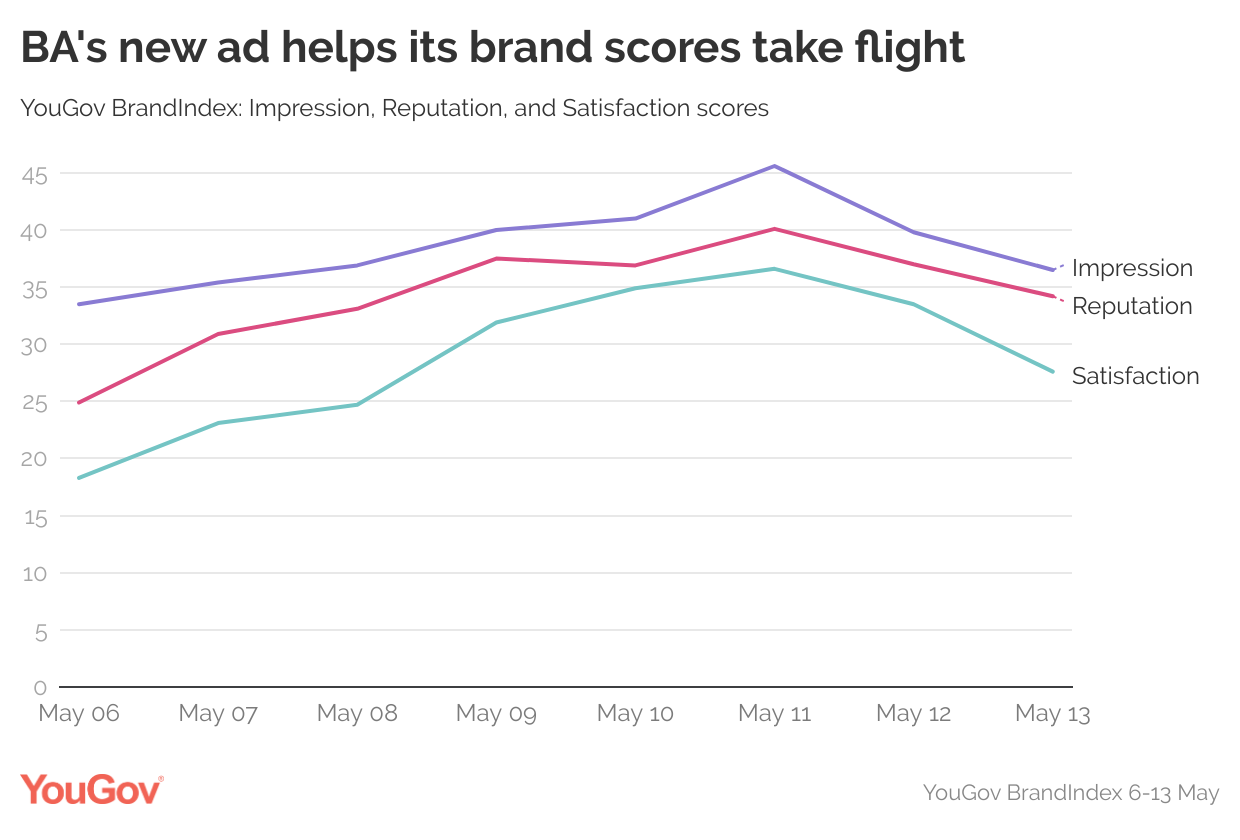 Following criticism from MPs last year over its treatment of employees during the pandemic, BA may well be pleased that the campaign has helped their public perception. The airline saw a significant uptick in Reputation scores, which measure whether a consumer would be proud or embarrassed to work for a particular brand – surging from 24.9 to 40.1 (+15.2) and declining to 34.2 by May 13. BA’s efforts have even temporarily boosted its Quality scores, which jumped by more than 18 points (6 May: 30.6 – 11 May: 49.1), falling to 32.0 by the end of the week. Index scores, which measure overall brand health, went from 21.9 to 25.5 over the same period, peaking at 35.0 (May 11).

BA was always likely to enjoy a bump upon the reopening of international travel – and as our data shows, across metrics like Impressions, Satisfaction, and others, it is perhaps a temporary boost.

Whatever the longer-term benefit, by taking time to reassure staff that they are appreciated, the airline may have helped to reassure the public that it is ready for takeoff once more.