Shaken, stirred or dirty: the lore and lure of the martini 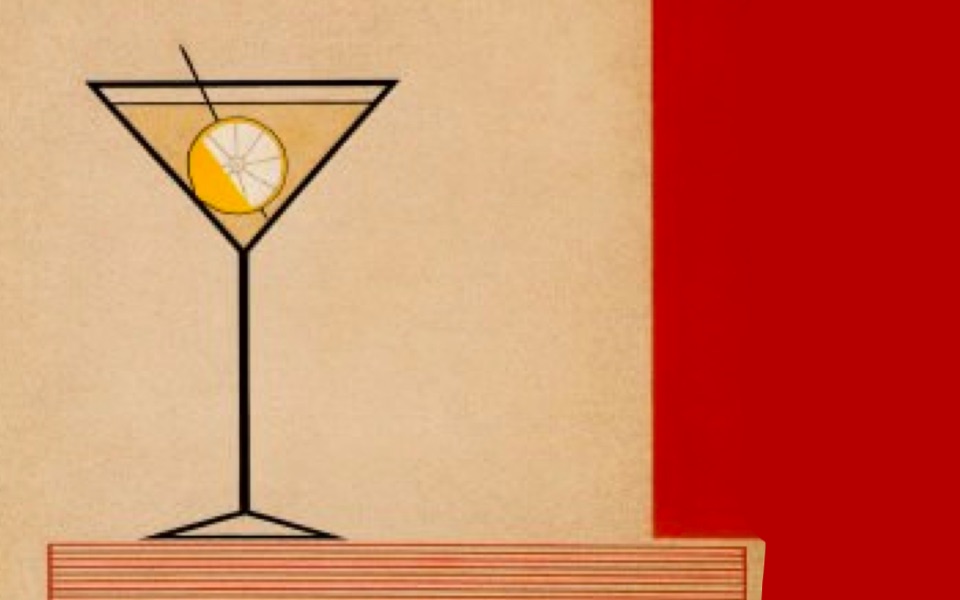 The martini was not the first cocktail—we don’t know what was, but likely some unappetising collision of spirit, sugar, water and bitters, more than two hundred years ago—but it has become iconic, almost metonymic. When we think of a cocktail glass, it is the v-shaped modernist twist on the coupe which we imagine. And we use “martini” (quite wrongly) to indicate lots of blended alcoholic drinks: espresso martini, French martini, passionfruit martini.

Read more: Up in smoke: A beginner’s guide to cigar-smoking

Few individual drinks, save perhaps champagne, have as strong a brand as the martini. It is sophisticated, elegant, distinctly grown-up and potent. It is, of course, the favoured order of James Bond, a strangely feline choice for such a brutal man, but it is also the cocktail party cocktail par excellence; think Noël Coward, think Robert Benchley and Dorothy Parker, think Truman Capote and Tom Wolfe.

You expect a martini drinker to insult you so sharply and precisely that you don’t feel the barb for another half hour, and it carries that whiff of doomed excess. Because it also hints at hardened drinking. During the glorious episode in Mad Men when Don Draper and Roger Sterling assault a pile of oysters, they drink martinis: Don is usually a rye man but Roger is the one who is staring into the face of the abyss, and he drinks martinis. “Don’t let me see the bottom of this glass”, he instructs the waiter. It does not end well: on returning to the office and hiking up 23 flights of stairs, Sterling vomits copiously in front of a client.

If it’s image that concerns you, those are the parameters. The martini drinker is urbane, amusing, knows his or her way around the world, but also craves a drink that can deliver a fearsome punch. It is, after all, a cocktail in which the mixer, the mixer, is a fortified wine.

What’s in a martini, the newcomer will ask? Well. It’s a subject about which books could be, and have been, written. The easy answer is that it’s a mixture of gin and vermouth, the proportions favouring the former, but to leave it at that is like saying Dickens was a writer. There’s so much more to say. What we think of now as a dry martini is mostly gin, with a dash, perhaps more according to taste, of vermouth to lessen the impact. How “dry” (that is, how gin-heavy) you like or can tolerate your martini is a matter for you but it is also something of a bar-room toughness test.

Luis Buñuel, with a filmic imagination, thought it was enough for the two bottles to stand side-by-side and a beam of sunlight to pass through the vermouth into the gin; no vermouth need physically taint the drink. For Coward, you simply waved a glass of gin in the direction of Italy (where vermouth is made), while Churchill supposedly was content to observe the vermouth bottle from across the room while drinking his cocktail.

These legends are self-evidently rather silly. Nevertheless, dry is as dry does, and I have always tended to be sparing with the vermouth. My father was the same. You want to be able to taste the vermouth—otherwise you aren’t really drinking a cocktail, just a glass of spirit—but it should be the lightest of breaths, the most delicate of caresses of your taste buds. In hard numbers, the International Bartenders’ Association, who ought to know, recommend a gin:vermouth ratio of 6:1. I would go a little further, closer to 7:1 or even 8:1. There should be brutality in a martini, the iron fist of cold gin in the velvet—no, silken—glove of herbal, scented vermouth.

Making a martini is, like everything else, an affair laden with theatre and performance. There will be a lot of ice, a trickle of vermouth, sometimes thrown away, and a hefty pour of very cold gin. Some bartenders will coat the inside of the glass with vermouth and dispose of any extra before layering on the spirit: the more gadget-prone might use an atomiser to spray the fortified wine on to the surface of the glass.

Read more: The best of wine tourism within day-trip distance of London

If you are at home, however, you are not obliged to indulge in this ritual. If speed is of the essence, here is a surefire way to make a first-rate cocktail. Take a glass (ideally from the freezer) and pour in as much ice-cold gin as you want, need or can face. Drizzle in half a capful of vermouth with as much delicacy as you can muster, and mix briefly with a spoon or, in extremis, a clean digit. Twist a piece of lemon to release the oils, maybe run it around the rim of the glass, and toss it into the drink. In under a minute you’re ready to go. Sip and enjoy.

The great question: where do you go for the best martini? I haven’t been to every cocktail bar in the world (not for want of trying), but take my advice, when our pestilential shackles are loosened next month: the bar of Dukes Hotel on St James’s Place is your El Dorado. The man you want is Alessandro Palazzi, a god among bartenders, who has ruled the roost since 2006. Order a martini, and he will wheel to your table an enticing trolley. Into the frozen glass will go Sacred vermouth from Highgate, to be swirled around then flicked out onto the carpet. Next, five measures of ice-cold gin (he currently favours Procera gin, from Nairobi of all places), and finally a twist of unwaxed Amalfi lemon, squeezed to release the oils. Drink that, and glimpse the face of God.