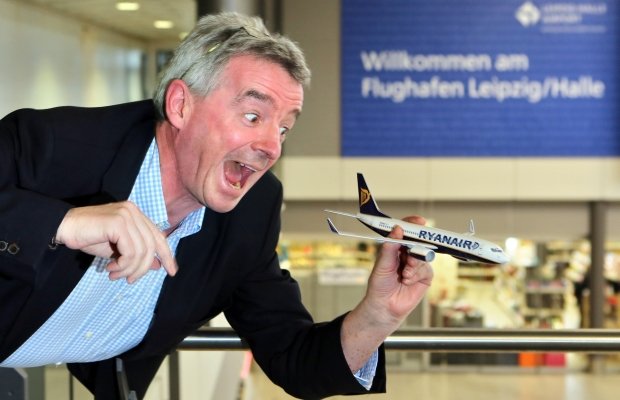 “Welcome, ladies and gentlemen, to the new and cuddly Ryanair press conference.” So began Michael O’Leary’s attempt to paint his airline as a consumer-friendly service as he revealed the firm’s disappointing first-half results.

Here are some extracts from the notoriously outspoken boss’s press conference this morning:

“Our website is inferior, it’s way behind the likes of EasyJet, and we intend to close that gap. It will now take five clicks to buy a ticket, with no offers to buy life insurance or sponsor an orphan.”

“Because I want to be loved. I want my customers to love me as much as I love them.” O’Leary on why Ryanair has expanded its allocated seating offer, though he added that he has “yet to see the mythical scrum to board a Ryanair flight”.

On Ryanair’s plan to look at basing more flights at central airports: “Some of the city airports are recognising that they need our growth there.”

On Norwegian’s plan to offer £149 flights to New York: “I think it may be quite difficult because they have got no brand in the US and it’s hard to run a route with two aeroplanes. They’re not helped by reliability problems of the 787… If it distracts their management from growing their low cost operations in Europe then so much the better.”

“The calendar is selling out in record time – it’s looking like it will be sold out by the end of November.” – On Ryanair’s annual charity calendar, which offers customers 12 months of scantily-clad cabin crew photos.