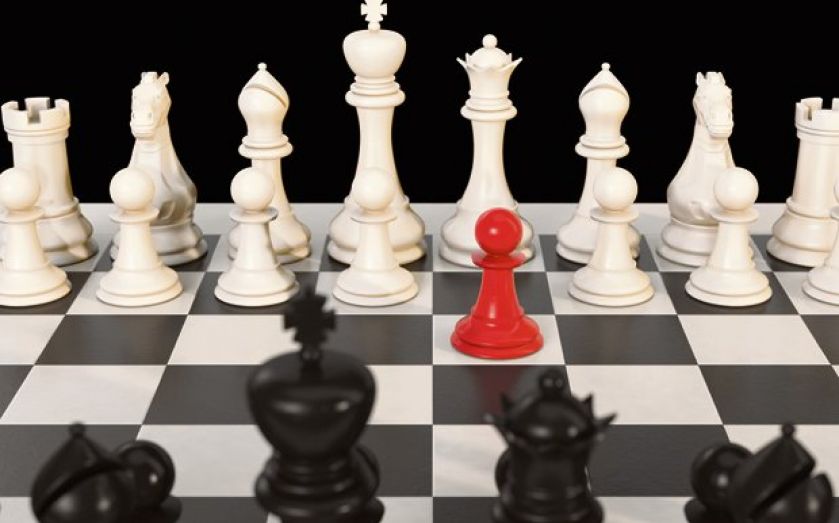 Stay on the lookout for “strong squares”, and be ready to sacrifice.
There's a rich history of corporate strategists turning to board and card games to hone their skills. Bill Gates and Warren Buffett are keen bridge players, and Business Insider drew up a list of 28 US executives who are strong chess players. But what can be transferred from the chessboard to real life? In Three Moves Ahead: What Chess Can Teach You About Business, chess player and former chief executive Bob Rice highlights plenty of specific strategies. Here are three of them.

Checkmating your opponent (or taking their customer base) may be the ultimate goal of the game, but it’s near-impossible to calculate the exact series of steps by which this can be achieved, especially taking into account the enormous range of possible moves and countermoves. As a result, even strong chess players often rely on intermediate strategies, like gaining domination over certain key areas of the board. From these “strong squares”, which can easily be defended by pawns, it’s then possible to launch an attack on a different section of the board.
According to Rice, online retailer Zappos deployed a similar move. It seemed foolish to launch against a behemoth like Amazon at the turn of the century, particularly given that Zappos’s specialist product, shoes, are obviously prone to costly customer returns. But by building an elegant returns process, Rice says that Zappos was able to dominate the strong square of footwear, from which it could build a customer reputation and gain a leg-up into the clothing business. In 2008, the company reached $1bn (£602m) in annual sales, and it was acquired by Amazon a year later.

There’s a common observation in behavioural economics called the “endowment effect” – we tend to be unwilling to give up what’s ours, even if doing so would lead to better results. It’s not something chess players are prone to, and Rice thinks businesses could learn a lot from this. Players will frequently give up powerful pieces in the hope of gaining an advantage – you might lose a knight or a bishop, but this could open up a new line of attack, with the opponent’s pieces now arranged differently.
Shrewd businesses are equally willing to sacrifice existing sources of profit, argues Rice. He highlights a move he made as head of business development for a graphics software company. Meeting with Microsoft (with whom he was hoping to strike a licensing deal), Rice was offered two choices: surrender the code for free, or walk away and continue making “a few dollars here and there” from smaller firms. He chose the former, sacrificing the firm’s only source of revenue in the hope that a wider customer base (through Microsoft’s machines) would open up more lucrative opportunities at some point in the future. This was the case, even though Rice’s colleagues hadn’t yet figured out a new business model.

First mover advantage is a well-known business idea, but chess can help understand why this is especially the case in strategic situations. The player with the white piece (who always goes first) is statistically more likely to win – the frequency is put as high as 56 per cent on some estimates. Tactically, it means you’re able to set the pace of the game (or industry) and grab the initiative, rather than being perpetually on the defensive.

Strategise on the go

StratPad Platinum
£37.99
Strategy consultants are famously fond of their swish PowerPoint presentations and flow diagrams. But it’s been fairly difficult to recreate some of these tools on mobile devices in the past. StratPad is an app that allows you to easily create and visualise step-by-step business plans on your iPad or iPhone, without paying for expensive desktop software suites. It’s designed by Alex Glassey, a former consultant and professor, and comes with an education component to get you started.