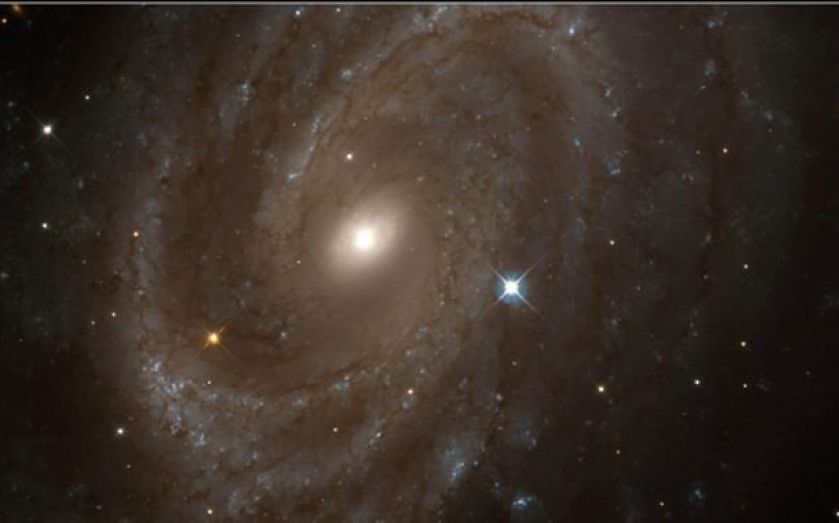 For a galaxy to keep going, it must give birth to enough new stars to replace the old ones as they fade and die.
But what if, one day, there was nothing left to create stars from? Such a lack of star ingredients could well be the cause of our galaxy's ultimate demise, according to new research from the European Southern Observatory in Chile.
The problem with quasars
Quasars are the most luminous celestial objects around, each with a centre so tightly compact that its nucleus is at least as bright as all the stars in any known galaxy put together.
They are formed when material falls close to a black hole, since the radiation that is emitted when this happens is so intense that it creates much more light than normal stars do through the process of nuclear fusion.
In fact, the energy released by a quasar is so powerful that it can actually push material out of the galaxy within which it sits, lead researcher Clive Tadhunter explained to City A.M. during an interview.
“This is important because stars in galaxies form from gas, so if you eject all the gas it means that you can't form any more stars, and that affects the evolution of the galaxy,” he said.
Until now, the exact details of how quasars manage to make gas leave galaxies has been a mystery, but Tadhunter and his team at the University of Sheffield have shed light on it by studying the outflows from nearby galaxy IC5063.
To do this, they used the Very Large Telescope, one of the world's largest telescopes, based in the Atacama desert in Chile.
The results, which are published in the journal Nature, suggested that where molecular hydrogen was leaving the galaxy at the high speed of 1m km per hour, there were also high speed jets of electrons that scientists were able to identify from the radio waves they were emitting.
“Where you see evidence of the gas outflow you also see the electrons in the same place, and that is how we know that the two things are linked,” explained Tadhunter.
“The gas is actually being driven out by what is almost like a hose of electrons moving close to the speed of light – this is what provides the force needed to make the gas leave, and we did not know this before.”
Andromeda's arrival
And why is this important for the Milky Way? At the moment, there is no quasar present in our galaxy, but the fact that there is a black hole means that this could easily change when Andromeda, another galaxy, collides with ours in approximately five billion years.
“Andromeda is currently hurtling towards us at a very high speed. When the collision happens, the force of it will drive gas into the nucleus, close to the black hole, and that is when we will see the formation of a quasar,” said Tadhunter.
“That could cause gas and electrons to be driven out of our galaxy, in the same way as we have observed with galaxy IC5063. Ultimately, this could result in the death of our galaxy because no more stars would be able to form, and the stars that are already present would just go through their life cycle and eventually die.”