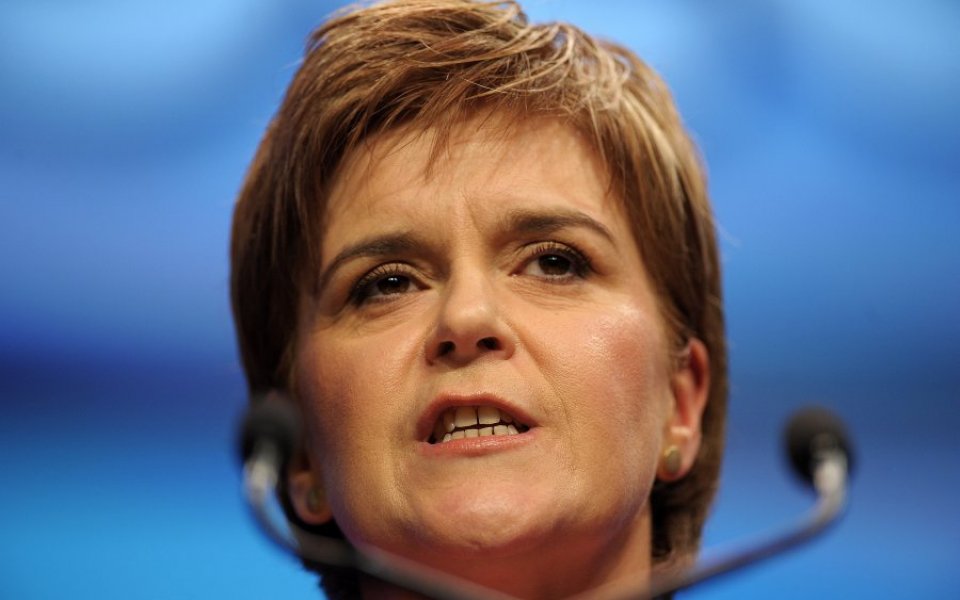 Scottish National Party (SNP) leader Nicola Sturgeon has said while she is "not convinced" that a compelling case for air strikes in Syria has been made, she is "prepared to listen" to arguments for targeting the so-called Islamic State (IS) in Syria.

Speaking to BBC Scotland, Sturgeon said some tests need to be passed for the case for air strikes to be made, which were set out "very well in the foreign affairs select committee". Those tests, Sturgeon said, are around legality, efficacy and where air strikes sit in a bigger and wider strategy for tackling IS. She added:

It's not a question about tackling ISIS or not, it's about the best way to do that.

The SNP opposed UK military action in Syria at its conference last month, but recent events have indicated a change of stance for Sturgeon, who also said:

I'm prepared to listen. Given what's happening, what has happened, it would be irresponsible not to do that, but I think it is incumbent on the Prime Minister if he is going to bring a proposal to the House of Commons that he makes that case and he addresses the key points.

Prime Minister David Cameron has said he believes a "comprehensive strategy" is needed to tackle IS, where fighting radicalisation and a political settlement is complemented by military action in Syria.

Speaking in Parliament yesterday, Cameron said achieving stability in the Middle East, requires "taking action against ISIL wherever it is", the day after he also said in the Commons that "the more we learn about Paris, the more it justifies the full spectrum approach we've discussed before in [Parliament]".

Cameron has also said he would respond personally to the Foreign Affairs Select Committee report, and knows the onus is on the government to convince parliament before any such vote on air strikes goes ahead.

Given the SNP have 55 seats in the Commons the way in which Sturgeon's party chooses to vote could be critical to Cameron and his chances of winning parliamentary backing.

Number 10 has said there is no timetable for a vote, but there is speculation it could come before Christmas.

Meanwhile, Labour leader Jeremy Corbyn has said air strikes must have support of the international community and be legal, but came up against opposition from his own MPs over his apparent refusal to support further UK action.