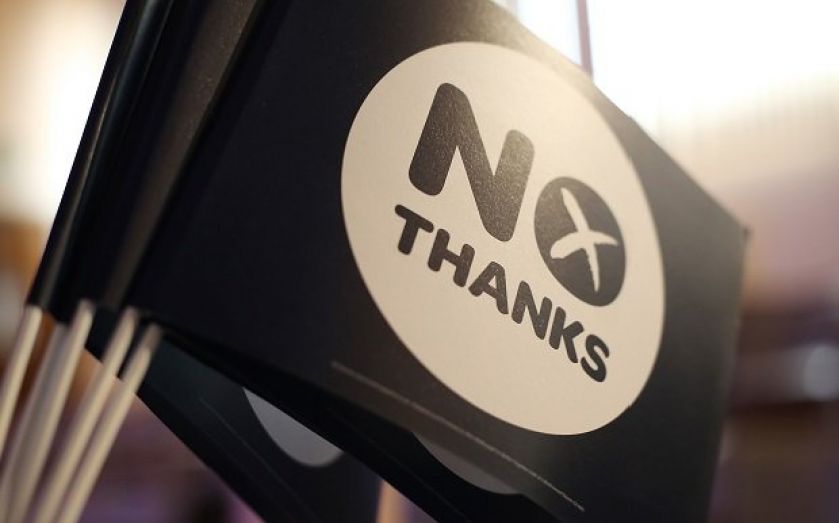 Over 130 businesses have joined together to sign a letter to be published in Wednesday's Scotsman, slamming the case for Scottish independence.

Signatories include the CEO of BHP Billiton and the executive vice-president of policy at BG Group Sir John Grant. In total, the signatories companies account for around 50,000 Scottish jobs.

The Better Together campaign was not involved in assembling the list, according to those who penned the letter.

The letter was organised by the chief executive of the engineering giant Weir Group Keith Cochrane, a well-known supporter of the Union, the BBC reports.

The letter says: "Our economic ties inside the United Kingdom are very close and support more than a million Scottish jobs.

"As job creators we have looked carefully at the arguments made by both sides of the debate.

"Our conclusion is that the business case for independence has not been made."

The letter comes only a week after HSBC chairman Douglas Flint, who is one of signatories, warned the loss of a combined currency union if Scotland becomes independent could prompt capital flight from the country and leave it in a “parlous” financial state.

In the wake of Alistair Darling's dismal performance against Alex Salmond in yesterday's debate, the Better Together campaign will welcome so many business leaders making the economic case for the 300-year old Union.

However, the pro-independence campaign group Business for Scotland quickly responded with a statement saying:

Business for Scotland has 2,500 members who run businesses in Scotland, employ people across the country in a range of industries, and all believe that Scottish independence is in the best interests of Scotland and Scottish business.

It's a position reached after looking at the facts and figures and realising that, from a simple balance sheet point of view as well as other considerations, our best interests lie in becoming an independent country.