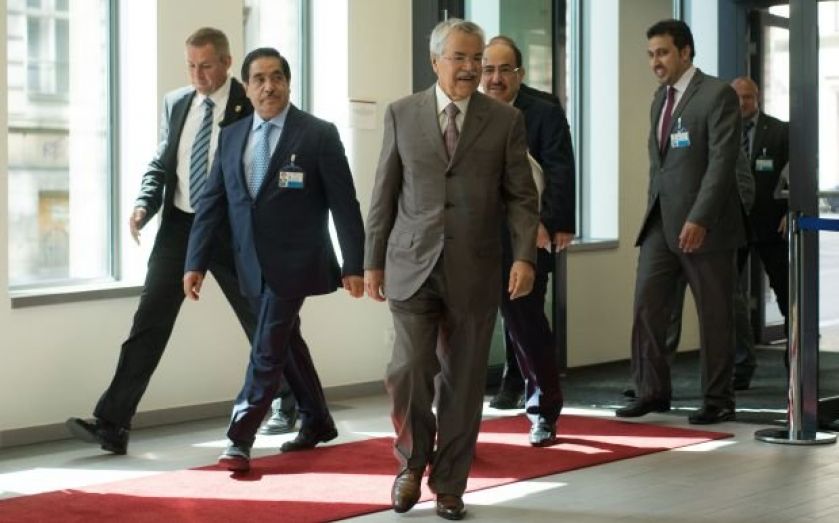 Fears about falling oil prices continued yesterday as the Saudi Arabian oil minister revealed that Gulf countries in the Organisation of the Petroleum Exporting Countries (Opec) would not move to curb production at its meeting in Vienna today.

Saudi’s Ali al-Naimi said the Gulf Co-operation Council, which included Opec members Saudi Arabia, Kuwait, Qatar and the United Arab Emirates, had reached a consensus. “We are very confident that Opec will have a unified position,” he added.

He had earlier fuelled speculation by stating that he expected the oil market “to stabilise itself eventually”, after talks with non-Opec member Russia on Tuesday failed to elicit a pledge from the government in Moscow to tackle the global oil glut jointly.

Al-Naimi’s remarks signalled that Saudi, an Opec swing producer, would not agree to any reduction in output, although some of its 12 members were hoping to cut production by at least 1m barrels of oil per day in order to defend prices.

He added that many populous oil producers, including Russia, Nigeria, Mexico, Venezuela, Iran, and perhaps even Saudi Arabia, would be under budget pressure at the current price of around $75. “Some may be tempted to pump more oil, reinforcing downward pressure on prices,” he warned.

And Malcolm Graham-Wood, analyst at Hydrocarbon Capital, stated that in a scenario where the Saudis decided to go for market share and there were no production cuts at all, the oil price had “no realistic floor but expect at least $10 off the price”. Graham-Wood suggested that most of the Opec members would opt to cut production with Libya, Iran and Iraq exempt, as they had struggled in the past to meet their quotas.