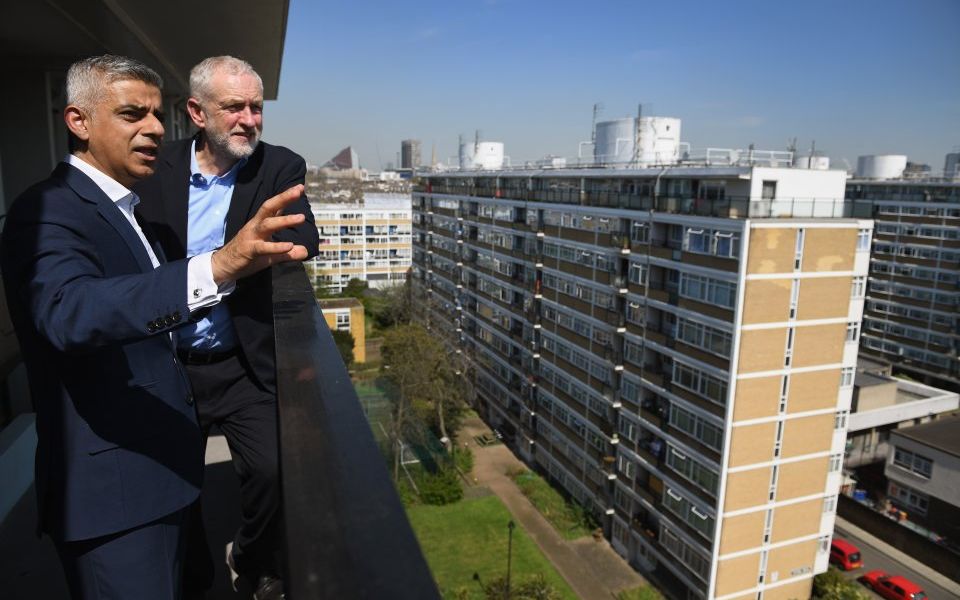 London mayor Sadiq Khan has slashed thousands of homes from a flagship housing project in Old Oak Common while it waits for approval for more government funding.

City A.M. understands that the decision to pull the 2,250 homes was due to concerns around a lack of government funding. In January, the Old Oak and Park Royal Development Corporation (OPDC) submitted a bid for increased funding from the government's housing and infrastructure programme.

The mayor has submitted a revised plan for the redevelopment of Old Oak Common which the Conservatives say will result in 2,250 fewer homes being built.

The decision was mulled at a meeting of the planning committee, which monitors Khan's housing decisions, on 19 September, before being referred to a full meeting with the OPDC on 28 September 2018.

Conservative vice chairman for London Paul Scully said: “Once again Sadiq Khan is breaking the promises he made to Londoners. He is not building the homes London needs, despite the government giving him nearly £5bn to do so. Old Oak Common has the long-term potential to deliver much needed homes for London, but this mayor is only interested in short-term headlines.”

A spokesperson for Khan said: “The mayor is not reducing the planned number of homes and jobs at Old Oak Common. With government support, he believes it can deliver 25,500 new homes and 65,000 new jobs over the course of the project.”

The OPDC was originally conceived under former mayor Boris Johnson in April 2015 to develop a new housing and community centre in west London on the back of the arrival of the £56bn HS2 project and £15.4bn Elizabeth Line, which has been delayed from December this year to Autumn next year.

Housing has become a crunch issue in London, with the mayor himself suggesting that 66,000 houses needed to be built ever year to keep up with population pressures and demand.

A spokesperson for the ministry of housing, communities and local government said: “We are currently reviewing a bid to support Old Oak Common and funding decisions will be made shortly.”