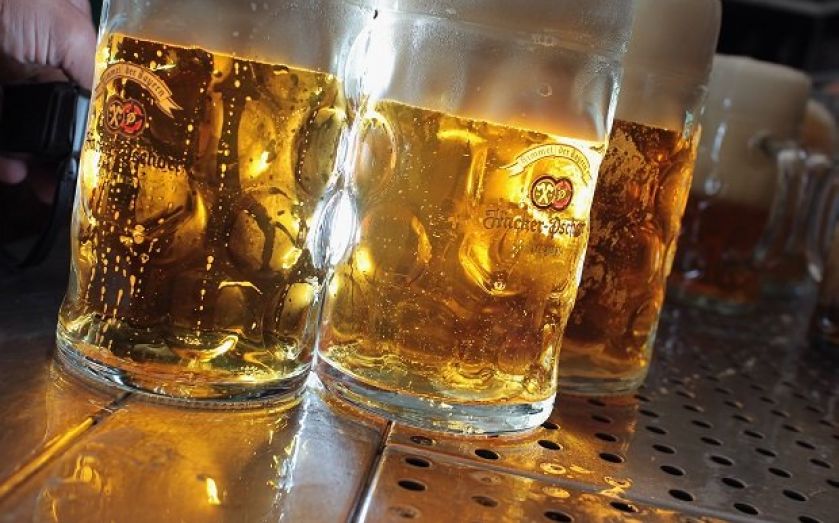 Could beer become as popular with women as coffee?
That is certainly what SAB Miller chief executive Alan Clark and marketing director Nick Fell are banking on.
In an investor seminar in London today, the pair talked through plans to build the company – which owns brands including Coors, Grolsch, Peroni and, of course, Miller – by appealing to mature markets and growing demand for beer “outside its traditional role as the favourite drink for men in pubs and bars”.
Fell told delegates:

We know there's untapped potential in beer and it's time to change the image of beer as just a drink for guys watching sport.  Why shouldn't beer be a great choice with food or something that has much more appeal for women?

He higlighted the growth of coffee from “a one-dimensional drink” as an example, saying the beverage was now “everything from an inexpensive cup of instant at home to a premium-priced speciality drink in a coffee shop with a huge range of exotic flavours and styles”.
“We have the same opportunity and vision for beer,” Fell added.
The company also plans to target growth in emerging markets, but within territories where SAB Miller was already established within its core consumer Clark said “we need a new approach… appealing to more consumers on more occassions through innovation and challenging traditional perceptions of beer”.
Beers should be offered as an alternative to wine or spirits, the pair argued. The company's focus would therefore be on extending the occasions when a consumer might choose the drink, for example with evening meals and both formal and informal mixed gender occassions, as well as improving the premium mix in its range.
SAB Miller could also learn a lot from how cider had branched out into different flavours, attracting a new audience, Fell said. The brewer owns Bulmers, which has made much of its appeal to women through the launch of alternative flavours such as Bulmers Pear.
M&A activity remained a “core component of growth strategy,” Clark added.
SABMiller's offer for rival Heineken was recently rejected and analysts believe the British firm is looking at other deals to achieve the same market share – 21 per cent of the sector – it would have gained through the Heineken deal.