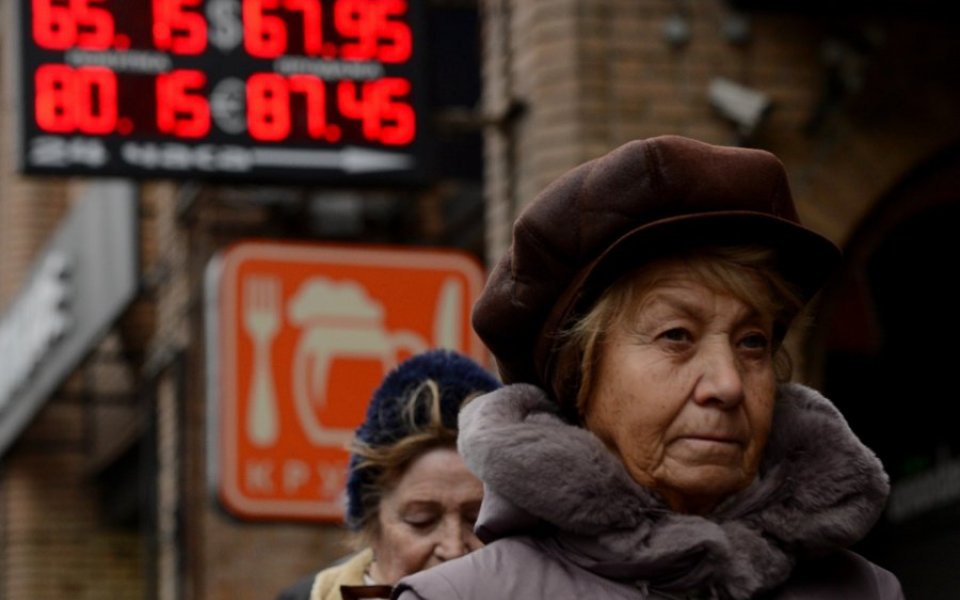 The rouble sank 1.2 per cent at Rbs73.15 against the dollar yesterday, taking it to a record low. It has since recovered somewhat, and was last up 0.1 per cent at Rsb73.9.

Russia's economy is heavily dependent on oil exports, and it has suffered as crude prices more than halved since June last year. Western sanctions in response to the Ukraine crisis have also acted as a squeeze on economic growth.

The Russian economy is expected to contract 3.7 per cent this year, and is facing a second successive year of recession if the rout fails to abate.

S&P recently slashed its forecasts for Russia's economic growth from a decline of 2.6 per cent to one of 3.6 per cent this year, and from 1.9 per cent growth to 0.3 per cent in 2016. It blamed weak domestic demand due to lower oil prices, and tighter fiscal and monetary policies.