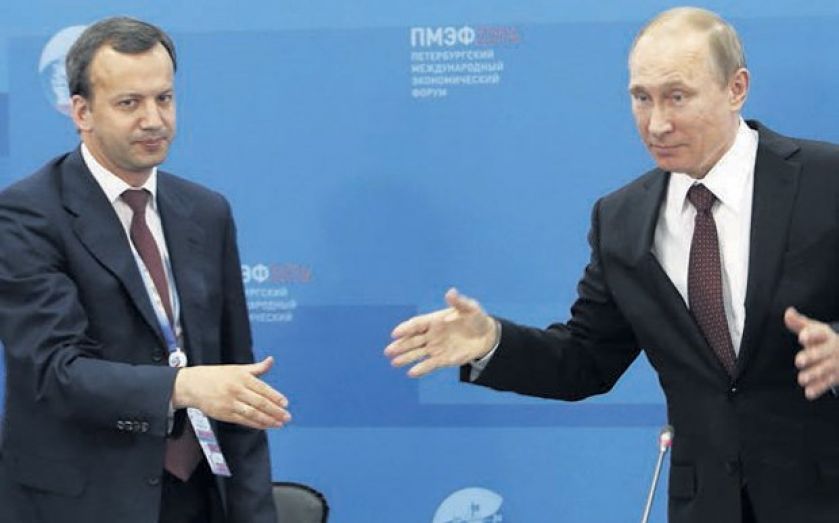 OIL GIANT Rosneft announced yesterday that it was seeking a $42bn (£25.15bn) loan from a fund earmarked for Russian pensions to help it weather Western sanctions imposed after the crisis in Ukraine.

Rosneft, one-fifth owned by BP and run by a close ally of President Vladimir Putin, produces more oil than Iraq or Iran and analysts expect Moscow to turn down the proposal unless political pressure was brought to bear.

A government source said Rosneft had asked the National Wealth Fund to buy 1.5 trillion roubles (£25bn) of its bonds to cover its net debt.

Deputy prime minister Arkady Dvorkovich told Russian news agencies that it would take the government two weeks to come up with an answer.

Most of the $86bn fund, built up from oil revenues to help finance a growing state pension deficit, has been invested in infrastruc­ture projects to try to boost the economic growth that drove Putin’s popularity during his first decade in power.

Russia relies on energy for half its budget revenues and needs billions of pounds to sustain production from new tight oil reserves and Arctic deposits to finance Putin’s soaring military and social costs.

Brokerage Otkritie said in a note: “Enthusiasm to support the country’s largest tax payer via a reversal of the cash flow will be limited.”

Analysts added that Rosneft’s long-term prospects had been hurt by the sanctions, but loans from China had kept it in reasonable shape.