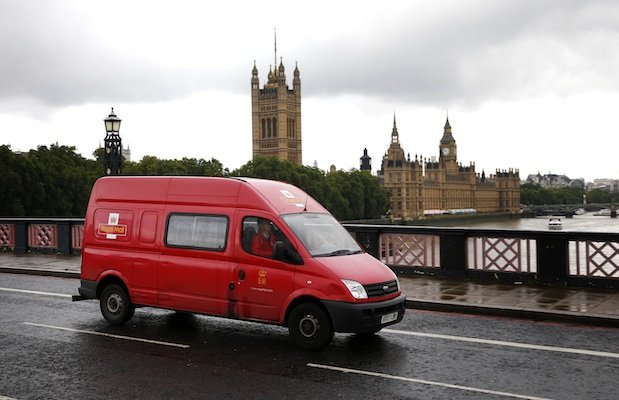 Royal Mail staff will strike on 4 November after the Communication Workers Union's (CWU) ballot of around 115,000 members returned a 4-1 decision in favour of industrial action, it has been announced.

In the midst of controversy around its sell-off,  the CWU, the main postal union, balloted around its members for industrial action on privatisation, pay and pensions, and maintaining the company's current universal service.

The yes vote on a 24-hour walkout will threaten disruption to deliveries in the run up to the busy Christmas period. The strike will be the first national strike at Royal Mail for almost four years.

The union has also announced a new ballot, on whether postal workers should "boycott competitors’ mail".

Postal workers have spoken very clearly that they care about their jobs, terms and conditions far more than they care about shares. The stakes have become much higher for postal workers since privatisation making this ballot more important than ever. Postal workers will not be the people who pay for the profits of private operators and faceless shareholders.

We have said from the beginning that we want an agreement and we still do. The question now is whether this privatised Royal Mail still wants an agreement. We have offered the company a two week period to reach an agreement and having already had many hours of negotiation, this is achievable if there is a will. The clock is ticking for both sides and we need Royal Mail to work to reach agreement before this deadline.

What we want is a groundbreaking, long term, legally binding agreement that not only protects postal workers’ job security, pay and pensions – but will also determine the strategy, principles and values of how the Royal Mail Group will operate as a private entity.

This means there will be no further breakup of the company, no franchising of individual offices or delivery rounds, no introduction of a cheaper workforce on two-tier terms and conditions and no part time industry.

It will mean – regardless of who owns Royal Mail – this company will not be able to enter the race to the bottom and replicate the employment practices and service standards of their competitors.

The allocation of ten per cent of shares in the company to workers was intended to quell tensions between the government and Royal Mail staff. At the close of play yesterday – the first full day of official trading – full-time members of staff had received 725 shares worth £3,545. But the belief that the government intentionally sold the shares too cheaply has fuelled fires.
The Royal Mail expressed their disappointment at the union's decision to ballot and, following the yes vote this afternoon, the Direct Marketing Association, which represents the UK advertising mail industry, accounting for £1bn of Royal Mail’s turnover, also voiced criticism:

If the CWU decides to press ahead with industrial action then it will have a severe financial impact on the tens of thousands of companies, charities and people that depend on the postal service every day. The UK economy is only just emerging from recession and we cannot afford any further impediment to its recovery. The build-up to Christmas is a critical period that typically accounts for a significant proportion of businesses’ annual revenues and charities’ donations. People who rely on Royal Mail to deliver billions of pounds of goods ordered online would have their festive season disrupted, and loss of trade would lead to job cuts in many companies across the economy.

Commercial users account for the biggest percentage of Royal Mail’s turnover. Any disruption to service would quickly lead businesses to take their custom elsewhere, which is an outcome that would not benefit the postal workers that CWU represents.

Yesterday, shares were up to 490p to value Royal Mail at £4.9 billion, compared to the government valuation of £3.3bn (330p). The union has accused the government of "deliberately creating a scramble" for shares as they gained three per cent – making them 50 per cent more valuable than the government's pricing last week.

This meant that many private investors, including 690,000 small investors, have been able to cash in their allocation, with calls that the cheap sale has deprived the public of public asset profit.

The news came yesterday that a panel of MPs is ready to investigate the the 'underpriced' sell-off of the Royal Mail, summoning the City bankers who gave advice to the government on pricing the company.