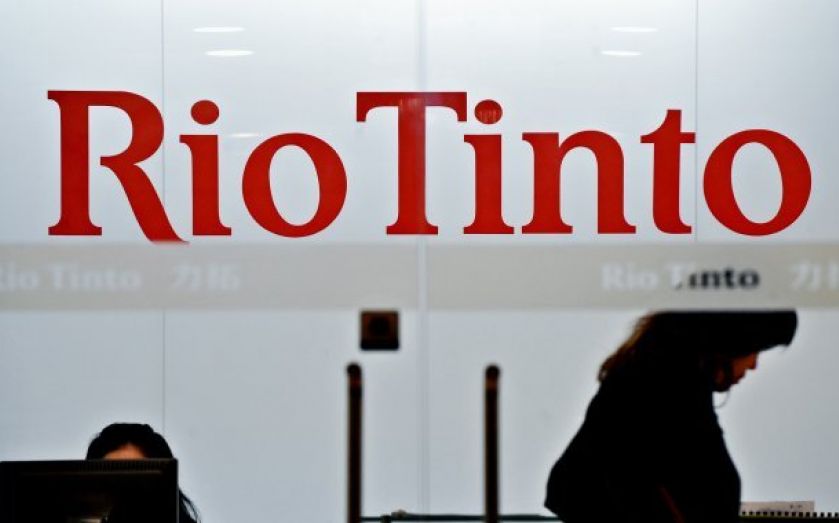 Rio Tinto's share price peaked at £31.46 today, up by more than six per cent from yesterday.
The rise followed news that Glencore was discussing a possible merger between the two mining companies with Rio Tinto's largest shareholder, the Chinese state-backed Aluminium Corp.
Earlier, Rio Tinto had released a statement confirming that “no discussions” are taking place with Glencore, the Anglo–Swiss commodity trading and mining company whose takeover offer it firmly rejected last night.
In July 2014, Glencore contacted Rio Tinto regarding a potential mega-merger of the two companies but, following a consultation with its financial and legal advisers, Rio Tinto concluded that it was not in the best interests of its shareholders.
In its statement this morning, Rio Tinto said the two companies had not been in contact about the possible takeover since “the board's rejection was communicated to Glencore in early August”.
However, it was soon reported that Glencore was nonetheless laying the groundwork for a potential merger. According to Bloomberg, it very recently got in touch with Aluminium Corp to gauge its interest in a potential deal.
The share price is still performing well into this afternoon. It was £31.35 at pixel time – 4.6 per cent higher than yesterday. But analysts are doubtful that a deal will actually happen, mainly because of Glencore's inability to offer a premium to Rio Tinto's shareholders.
“The markets are all excited this morning and it all seems great, but they’re forgetting the obvious point — Rio holds all the cards and will not say yes,” an executive commented.
Rio Tinto chairman Jan du Plessis has insisted that the company would continue to implement its own strategy. "Under the leadership of Sam Walsh and Chris Lynch, Rio Tinto has made significant progress in refocusing and strengthening its business,” he said this morning.
"The board believes that the continued successful execution of Rio Tinto's strategy will allow Rio Tinto to increase free cash flow significantly in the near term and materially increase returns to shareholders.
"Shareholders stand to benefit from the very considerable value that this will generate."