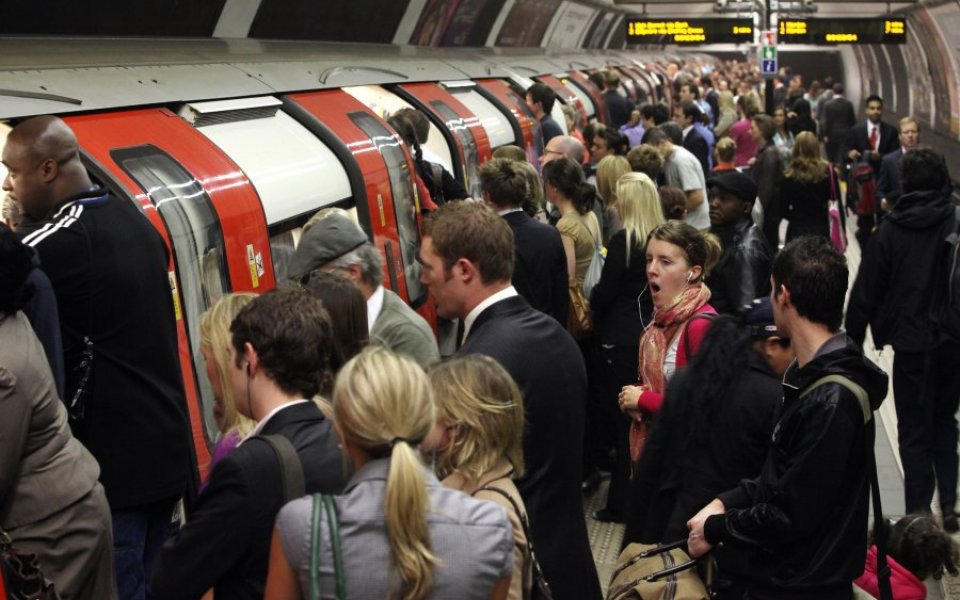 How much happier would Britons be if they had better commutes?

According to recent research, Londoners have the longest commutes in the UK – 49 mins on average. However, with train delays, missing drivers and unpredictable weather all making commuting more stressful than a role in the air force or riot police, what are the repercussions for Londoners’ health and happiness?

And more importantly, how can these be mitigated?

Moving around London’s Tube network, commuters – myself included – encounter numerous sources of stress, many of which could be improved by design, and eradicated if a little more attention were paid to the commuter experience.

Below are the most significant of these, and how they could – and are – being resolved through passenger-sensitive station design.

Claustrophobia – When we design a house or an office building, daylight is a primary consideration, but this is rarely considered in the design of our transport systems. Descending underground can cause feelings of claustrophobia and stress, while artificial lighting can make navigating the network even more complex.

Introducing a whole new lighting scheme would be a big step in making commuters’ journeys more acceptable. New York City’s Fulton Center, a subway station and shopping centre, and Copenhagen’s Cityringen, provide prime examples of how this can be achieved.

Both use a combination of skylights and reflective materials to direct sunlight into the stations below. In Copenhagen these systems enable natural light to permeate 20m below ground level.

Ticket barriers – Even when you make it through the gates first time, the experience of moving through a ticket barrier makes you acutely aware that you’re transitioning to a different, monitored environment – which is stressful in itself.

In the near future, we’ll see technology resolve this problem, with systems that automatically register and charge passengers as they enter trains. This will reduce station congestion, and make the passenger experience one of smooth continuity – right from the station to the train.

This is a problem that passengers on Copenhagen’s new Cityringen will avoid due the station’s design.

Descending the escalators to the train, all passengers will receive a view of the whole platform, enabling them to decide which carriage they’d like to be in, or whether they’d prefer to hang back and wait for the next train.

Wayfinding – Navigating your way through a station – even one you know well – can be a confusing experience. Ironically a barrage of signage can make this even more stressful, and is often unhelpful for foreign visitors.

More and more, station designers are waking up to the idea of using intuitive design to create stations that clearly channel passengers towards the platform using less aggressive techniques, such as lighting and block colours.

Rubbish and dirt – If people see rubbish, they are more likely to litter; it’s crowd behaviour in action.

One way that you can avoid the accumulation of dirt is through introducing easy-to-clean materials into stations, or ones that disguise common sources of grime. During the planning stages for Copenhagen we studied the foods that people commonly consumed in the stations.

With hot dogs and chocolate milk being the popular choices, we specifically chose a wall coating that could be easily be wiped clean of these products.

At the latest count, London has 270 active Tube stations, and this number is growing all the time.  Making adjustments to every station will take time and money, and require the collaboration of politicians and citizens, who may well suffer a little disruption.

Nevertheless, when we consider over 1.3 billion people travel on London’s underground annually, with a significant portion of these using it every day, the widespread and long-term benefits of station improvements by far outweigh any negatives.