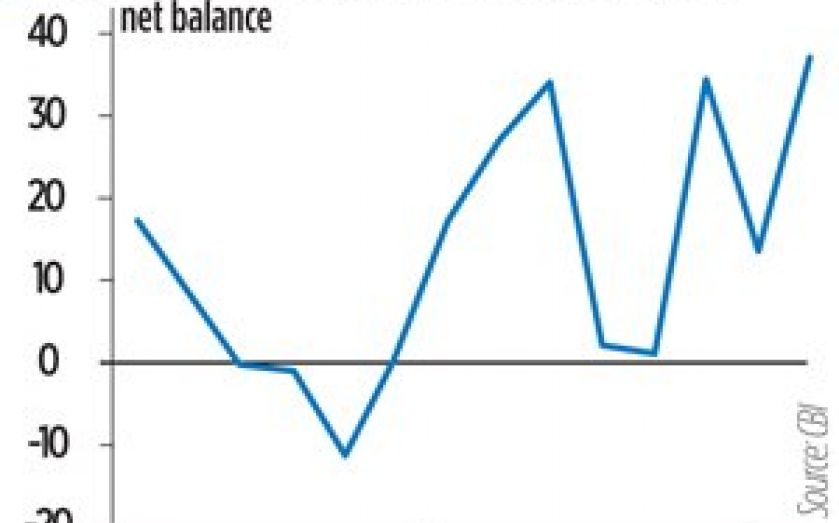 RETAIL sales have surged in February, rising at the fastest pace in nearly two years and beating expectations, the Confederation of British Industry (CBI) said yesterday.

A net balance of 37 per cent of retailers said sales volumes have risen from the same point last year, according to the CBI’s latest distributive trades survey. Only eight per cent of respondents said volumes were down, in comparison to almost half who said they were rising.

Official retail figures suggested that spending held up well during December, but a decline was recorded last month.

“Consumers have faced a prolonged squeeze on their purchasing power, and this is currently easing only gradually even though consumer price inflation has come down to a 50-month low of 1.9 per cent in January,” said Howard Archer, chief economist at IHS Global Insight.

“While consumers’ purchasing power should improve further over the coming months, it will likely be the second half of 2014 before earnings growth finally moves above inflation,” he added.

Automobile traders were also particularly bullish: 69 per cent suggested sales volumes were up on last year, while none reported any decline at all.