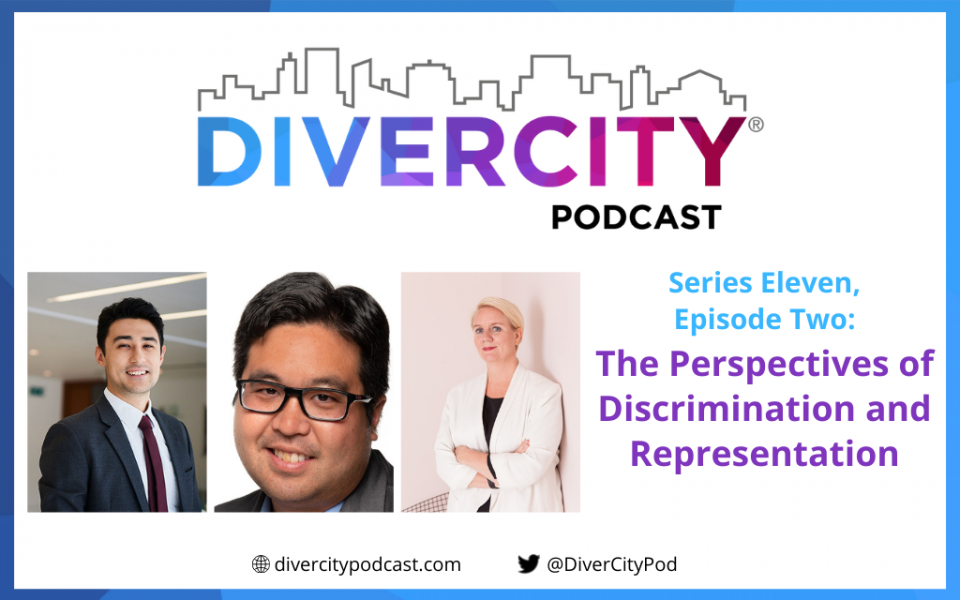 DiverCity® Podcast · The Perspectives of Discrimination and Representation

Violent crime targeting Asian people in the US soared by 150% in the US in 2020. The UK has noted a 300% increase in hate crimes against East Asian and Southeast Asian communities since 2020. Tackling this horrific rise in violence means tackling subversive racism and understanding cultural differences

The contribution made by minorities to our culture, history and national achievements are increasingly being publicly recognised through events such as Black History Month. Recognition and public celebrations are a welcome addition to national calendars, but tragically, despite these positive developments, racism and racist violence persist.

The contrast was starkly revealed in the US last month. May marked Asian Pacific American Heritage Month, a time to acknowledge the influence and contributions of Asian and Pacific Island Americans to their country. But the celebrations were set against a disturbing backdrop of racist attacks. Analysis from the Center for the Study of Hate and Extremism at California State University revealed that crimes targeting Asian people increased by 150% in 2020.

Violence and subversive racism are just as much a concern for us to address in the UK. The All-Party Parliamentary Group on Hate Crime has cited figures showing a 300% increase in hate crimes against East Asian and Southeast Asian communities since 2020.

The news coverage and commentary surrounding the global pandemic has played a clear role. As headlines worldwide reported the Covid-19 as originating in China, businesses have been boycotted or even vandalised, and people of East Asian heritage have been attacked on our streets. Unwarranted comments by former US president Donald Trump about the “China virus” or “kung flu”, describing China as “the nation which unleashed this plague unto the world”, have exacerbated the problem.

East Asians describe this discrimination as similar to that faced by Muslims after 9/11 or the 7/7 bombings in London.

Jeff Le is vice president of public policy and external affairs at insurance fintech Rhino and has also served as deputy cabinet secretary for California Governor Jerry Brown, as well as working at the US House of Representatives, the US State Department, and the United Nations. His work transcends the divides between people and technology, and he believes that heritage and history months can be a catalyst for greater collaboration between the public and private worlds.

Heritage months provide people and businesses the time to “educate, understand [and] provide resources to allies, other communities of colour, and other advocates” on the importance of Asian-Americans and Pacific Islanders in the US, Le says, to better understand “the challenges they’ve had in the recent year”.

“I think there’s a lot of opportunity for the private sector and other leaders to come together to work on these issues,” he says.

These issues have defined a torrid year of abuse, violence and racism, while also bringing to the fore the subversive acts of discrimination faced by Asian people in America.

“I think that the challenge with being a new American is facing discrimination, both subversive and overt,” Le says.

He adds that many Asian-Americans and Pacific Islanders are “trying to not rock the boat, trying to be thankful for what you’re given, trying to accept that you have it way better than others”.

Yet parallel to this is “the sense of being invisible and being erased”. Le explains: “That’s something you’re conditioned to understand. It’s something that’s not talked about, but everybody knows.”

This is an experience also shared by Nick Parker, a lawyer at Baker McKenzie in London and a member of the firm’s Ethnicity Steering Committee. He has previously worked as a teacher and journalist in China.

“Growing up as a British-Asian, in an East Asian style household,” Parker says, “you develop a mentality that’s all about keeping your head down and fitting in.”

This mindset can transpose itself into the professional world, placing businesses in the position to act.

“Being a junior ethnic minority lawyer, statistically, I am much more likely than my white counterparts to leave the profession before I reach those senior positions,” Parker explains. “For me, that’s something I’m desperate to avoid. I don’t want to become another sad statistic.”

While providing mentorship and opportunities to young Asians and Pacific Islanders is important, Le believes that considering the wider cultural factors is imperative.

“Mentorship is a big part of investing in young people, and I think that’s important for all businesses and other civic organisations, and organisations as a whole,” he says. “But it’s also about sponsorship and allyship, and lending strength.”

While efforts from business leaders and figureheads to support Asian communities amid the dramatic rise in hate crimes have sparked conversations about what needs to be done, greater emphasis, especially in the UK, needs to be put on developing East Asian corporate talent.

Thanks to the efforts of activists, communities and allies, in May, US President Joe Biden signed bipartisan legislation to address injustices and acts of hate and racism against Asian Americans and Pacific Islanders.

The new legislation is a vital step, but there is more work to be done to cement progress and address underlying racism and exclusion.

A multicultural society is something to be celebrated, but also something that needs to be actively nurtured and protected. Developing an understanding of how best to give a platform to Asian voices, culture, and identities within the workplace is crucial, and it is a challenge that falls to every one of us.