RBS GRG scandal: The baggage that could drag down Andrew Bailey's quest to lead the Bank of England 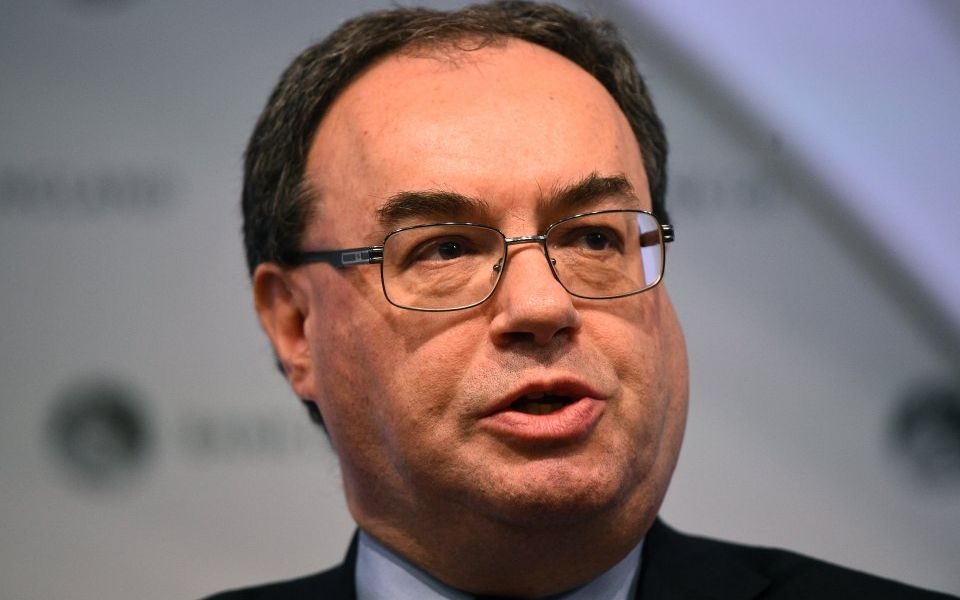 This summer, the Bank of England is expected to announce a successor to Mark Carney as governor. Among the runners in the contested race is Andrew Bailey, the financial watchdog chief who stands a solid chance of taking Carney's crown.

While the boss of the Financial Conduct Authority (FCA) certainly has the credentials for the top job – he has been the bank's deputy governor and chief cashier, as well as the chief executive of the Prudential Regulation Authority – there are other events in Bailey's career that do not shine so brightly.

The continuing fallout of the RBS GRG scandal, which revealed “widespread inappropriate treatment of customers”, has ruined thousands of small business and livelihoods and the bank's reputation. The GRG, which was supposed to help struggling businesses, instead stands accused of stripping their assets in an attempt to shore up the bank’s own balance sheet.

The scandal has dragged the FCA down with it. What threatens to damage the watchdog further – and its head – is the ongoing delay to its own report as to why it has been unable to take action against senior individuals at the GRG – a story with as much baggage as the crisis that erupted 10 years ago.

The FCA's response to the scandal

The story of the FCA's role in the scandal starts with a probe it commissioned by independent investigators Promontory, which found that the actions of the unit resulted in “material financial distress” for the very businesses it was supposed to help.

Although the report was widely welcomed by victims and MPs for shining a light on the true scale of the destruction, the FCA did not plan on making the findings public. Ultimately, MPs on the Treasury Select Committee (TSC) took matters into their own hands and published it themselves.

The FCA set down in the original scope of its work that if there was evidence of wrongdoing, there would be a second stage to the investigation.

After publishing its findings, Promontory recommended that there should be this second stage, to delve into the “root causes” of the GRG misconduct. It wanted to examine, among other things, the influence of external stakeholders, the conflicts of interest of various parties involved and the reward and incentive structures for staff involved in the GRG.

It was at this point that the FCA intervened. It said that because there had been evidence of wrongdoing, it would proceed straight to enforcement itself, and so there was no need for stage two. Cue outrage when last year the FCA said it was unable to sanction the bank. It said it would, in due course, explain why. But GRG victims are still waiting for answers.

When was the report due to be published?

Appearing before the Treasury Select Committee in January, Bailey was asked about the progress it had made regarding the “fuller account of its findings from its investigation” into RBS GRG.

Bailey's response was that the report had gone out for Maxwellisation – the process by which those criticised in an investigation are given the chance to respond.

Pressed on when the report would be published, Bailey said the Maxwellisation process followed recommendations from the committee's adviser, Andrew Green QC. Green was commissioned by the TSC to review the process in light of concerns that it had become unnecessarily long, particularly following the controversy it attracted during the much-delayed Iraq inquiry.

Bailey said a time deadline had been set, and alluded to the process being finished in the first half of February. The FCA has itself insisted that there is no delay. It has said the responses from those named in the report were due in by mid February, and that is it now considering those responses.

Just weeks into the new year, explosive allegations came to light that an arm of the Treasury, the Asset Protection Agency (APA) may have directed the behaviour of the GRG.

In 2009, the Treasury set up the Asset Protection Scheme, which insured RBS' toxic loans at the height of the financial crisis. Charles Randell, the current FCA chairman, advised the government on its set-up at the time, while he was a partner at magic circle law firm Slaughter and May – leading MPs to question whether the regulator is removed enough from the Treasury to really hold its behaviour to account.

The claims of Treasury involvement in the GRG were revealed by Manchester-based businessman Oliver Morley, who has accused RBS of placing his business under “economic duress” when its property arm, the West Register, acquired some of its assets in 2010. RBS says the allegations are without merit.

Court papers in the Morley case allege that the government had “day-to-day” and “strategic” control of the unit. It later emerged that top bankers at the GRG had 70 per cent of their bonuses pegged to Treasury targets. Former business secretary Vince Cable condemned the link as shocking. “It’s very clear where RBS got its instructions from,” he said at the time.

The issue for Bailey, and the FCA, is whether these questions can be allowed to linger before, and if, he makes the transition to one of the most important roles in public life.

Nikki Turner, the director of the SME Alliance who has taken on Lloyds over its mishandling of the HBOS Reading fraud, is sceptical.

She told City A.M. that Bailey has “baggage” he needs to clear up before he thinks about any move to the central bank. She said issues such as the Griggs review into the HBOS Reading scandal and the Dispute Resolution Scheme, a voluntary scheme funded by the finance industry to compensate SMEs, were all happening because of poor regulation.

“Our sole concern is that our members get the proper outcome and I don't think these delays have been at all helpful,” she said.

“Andrew Bailey is engaged in a juggling act of keeping the banks and SMEs happy, and actually it is not possible.”

She added: “I hope that before he leaves, the situation between banks and SMES is better because only regulation can ensure this happens.”

Tory MP and former minister Guto Bebb said: “It is imperative that we are able to see the FCA's full report into phase two of RBS' GRG unit as a matter of urgency. This saga has dented confidence in the regulator.

“Many feel the frontrunner to be the next governor of the Bank of England must show complete transparency and clarity over the FCA’s lack of enforcement action and it must be made clear whether the FCA now has the tools in its locker to prevent any future wrongdoing on the scale seen in the GRG scandal.”

With the mess around RBS GRG far from resolved, Bailey's hopes of taking over at the Bank look untimely at best.