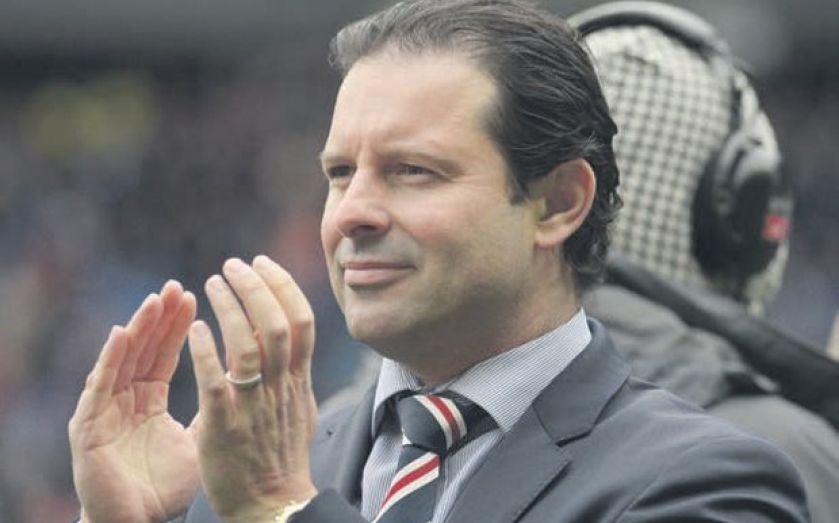 RANGERS, the Glasgow-based football club, is without a chief executive after its present boss, Chris Mather, resigned yesterday after just six months.

Rangers, which is listed on London’s junior stock market Aim, said it would work with advisers at Daniel Stewart to strengthen its board. It also said that non-executive director Bryan Smart is resigning at the same time.

Mather had been holding discussions with David King, a former bidder for the club, which upset some other shareholders.

“I can confirm our talks with Mr King were extremely positive and Mr King made it clear he wishes to join the current board to help us ensure Rangers are ready and fully equipped to move up to the next level,” Mather said.

King also issued a statement, saying he had agreed to become chairman of the club and that a fundraising plan would be set in motion.

The club lost £14m in its last financial year, although Mather insisted yesterday it is not in financial distress.

Rangers, Scottish champions a record 54 times, was forced to relaunch from the fourth tier last year after collapsing under a pile of debt. The demise of such a famous name sent shockwaves through British football where many clubs live beyond their means.
The club’s progress through the lower reaches of Scottish football – it won promotion last year – has been accompanied by turmoil off the pitch after Charles Green, an English businessman who led the club’s rescue, resigned as chief executive in April.

Mather stepped in to replace Green on an interim basis and was confirmed in the role three months ago.

Green’s departure led to feuding between rival factions seeking to control the club. The club was this week forced to postpone its annual meeting, due to be held next week, after legal action brought by minority shareholders seeking changes to the board.
“My short tenure as chief executive has been beset by incessant attempts to destabilise the operations of the club, all done supposedly in the interests of Rangers,” Mather said.