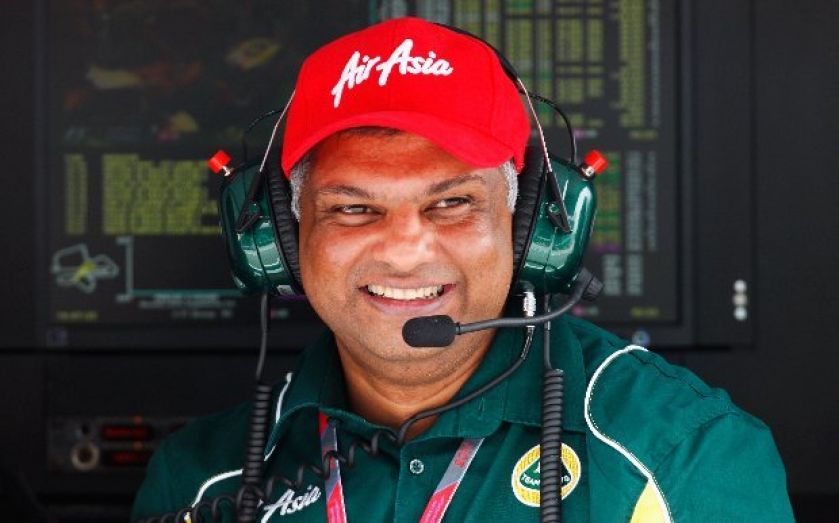 QPR owner Tony Fernandes has sold his struggling Caterham Formula One team, bringing to an end to the Malaysian millionaire's failed foray into motor racing.

The Oxfordshire-based F1 team has been sold to an unnamed consortium of Swiss and Middle Eastern investors, it was announced yesterday, with retired Dutch driver Christijan Albers taking over its day-to-day operation.

Under the terms of the sale, the team will continue to race as Caterham F1 Team and will be advised by Colin Kolles, who has previous Formula One experience with Midland, Spyker and Force India.

Airline tycoon Fernandes entered Formula One in 2010, with his team initially called Lotus Racing, hoping to take advantage of an anticipated budget cap that would allow new teams to make inroads into the sport.

Four and a half years later, the team, which changed its name in 2012 to Caterham after the sports carmaker group that Fernandes owns, is yet to win a single point.

Just before the start of this year's F1 season Fernandes warned that he would cut his ties if there was no sign of improving performances.

"This is it, the final chance. If we’re at the back I don’t think I’m going to carry on. Nothing is set in stone, but after five years with no points there is a limit to one’s patience, money, motivation, etc. So it’s an important year,” he said.

The 50-year-old Malaysian businessman, who started his career working for Richard Brandson's Virgin Group before taking over heavily indebted state-owned carrier Air Asia in 2001 for 25p, transformed the aviation industry in the region.

Fernandes became the majority shareholder at Queens Park Rangers in the summer of 2011, ploughing millions into the west London club in a bid to establish it as a Premier League outfit.

Despite speaking of being prudent when he bought QPR, he has been criticised for a scatter gun approach to running a football club and endorsing the transfers of players with little or no re-sale value, which has prompted questions over the team's long-term future following their relegation to the Championship last year.

The club's wage bill during the period 2012-2013, £68m, was higher than that of Champions League finalists Borussia Dortmund that season and financing from Fernandes and fellow main shareholder, steel magnate Lakshmi Mittal, was crucial for QPR to stay afloat.

While he did lose patience with F1 after some difficult seasons, he has stuck by QPR and his passion for football despite the club's financial troubles, celebrating joyously with the players and manager on the pitch after the side clinched promotion back into the Premier League on the final day of last season.

Fernandes has insisted QPR will not go on another summer spending spree this season.