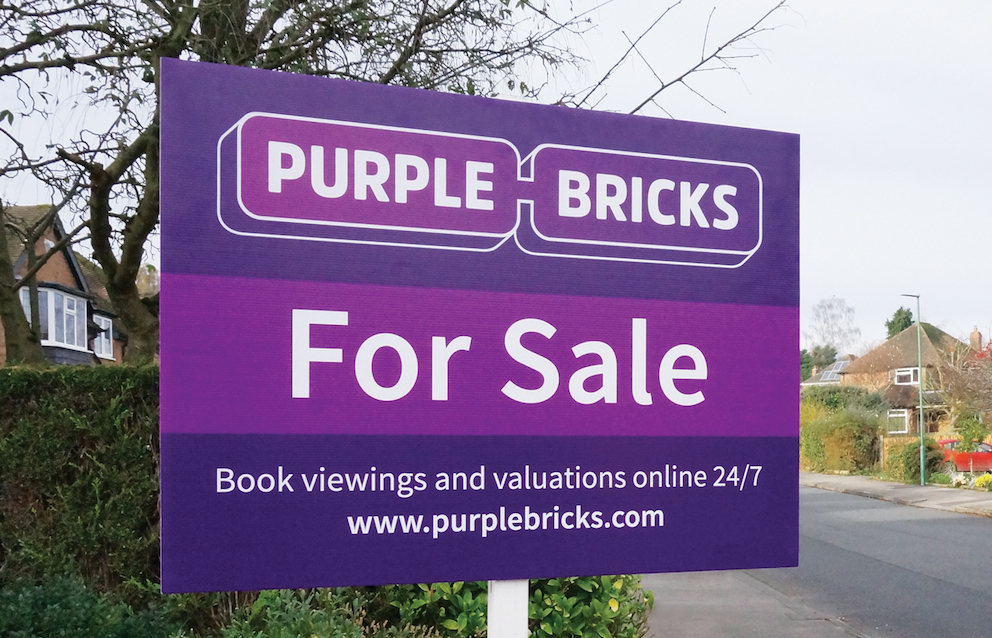 Shares are currently trading down on the AIM market, at 96.5p, down six per cent from an opening price of 104.5p.

Purplebricks’ successful listing on AIM today represents a major milestone in the evolution of the business over the last four and a half years and is testament to the team’s hard work and commitment.

The funds raised will allow us to further deepen our presence across the UK through additional investment in people, technology, infrastructure and marketing to deliver our ambitious growth plans as well as value for all of our shareholders.

The company announced earlier this month that in total it had raised £58m in the placing, £25m from new shares and around £33.1m from existing shareholders selling their stake.

The largest single stake is held by Woodford Investment Fund and Woodford Patient Capital Trust, which control 28.68 per cent of the shares through Nortrurst Nominees, down slightly after the placing from 30.62 per cent.

Co-founder and chief executive Michael Bruce's stake will fall from 23.94 per cent to 17.03 per cent after admission.

Purplebricks, which was founded in April 2014, said its revenue at the end of September 2015 was 10 times higher than the previous year. It has doubled its market share in 12 months.

It will use the proceeds of the placing to invest in new software and technology to help improve its market position, particularly focusing on London and Scotland. It also wants to raise the profile of the brand, and use the cash to help "retain, attract and incentivise employees".

Zeus Capital is acting as the company's nominated adviser and broker, and Benjamin Robertson and Nick How led the deal. Robertson previously oversaw the floatation of Rightmove and Countrywide.