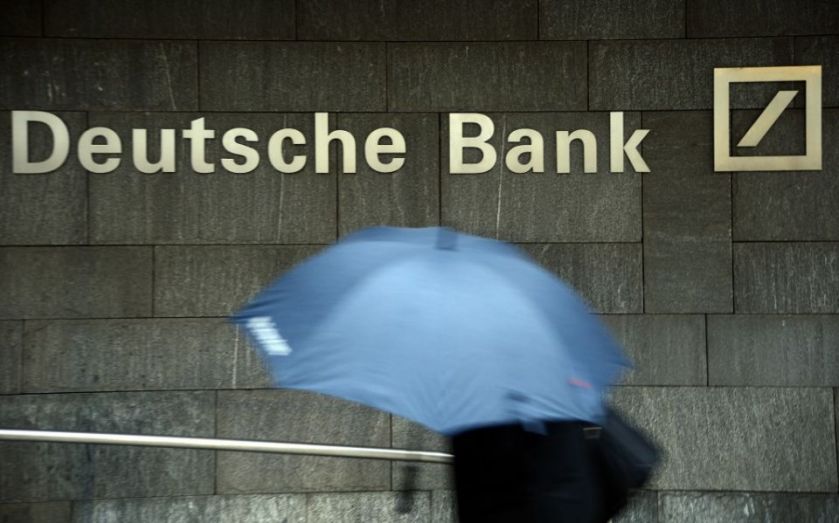 Deutsche Bank’s share price fell again yesterday as investors failed to warm to the German lender’s latest strategic plan.
The stock has fallen eight per cent since the bank was fined £1.7bn last Thursday for attempting to manipulate Libor – the latest in string of problems for the bank, resulting in mounting pressure on its bosses.
One co-chief executive, Anshu Jain, took responsibility for the attempted Libor manipulation which took place on his watch, but refused to resign.
Fellow co-CEO Jurgen Fitschen is in court next week accused of giving false testimony in the long running court case with the Kirch Media Group. 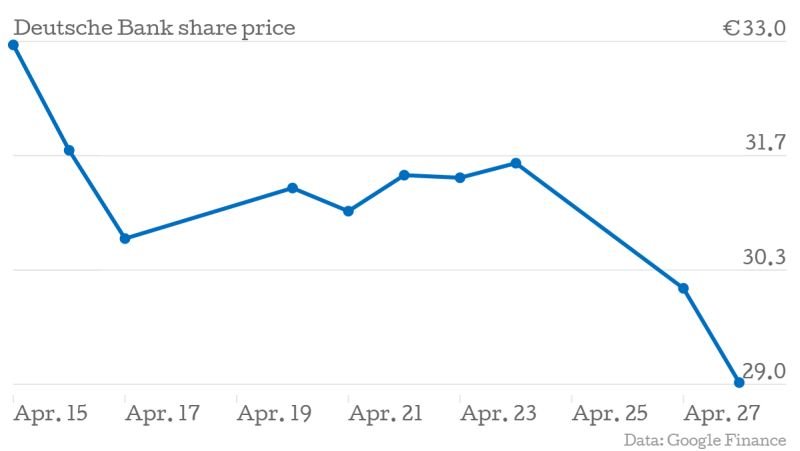 Fitschen and two former chief executives, Rolf Breuer and Josef Ackermann, all deny wrongdoing.
But it is a further instance of scandal and legal battles detracting from the pair’s rule at the bank.
“I’m surprised they have not resigned already,” said an analyst who covers the bank, and who asked not to be named. “For Fitschen, it would have been a natural pretext to resign and say he needed to devote his energy to fighting the claims.”
“And Anshu Jain, for all his strengths, as been associated with the past… at least some people are asking if he needs to move on.”
On Monday Jain argued that the best way to take responsibility is to make sure no similar scandals happen again.
But if the latest strategic plan does not bear fruit soon, analysts believe the falling share price could trigger a change at the top.