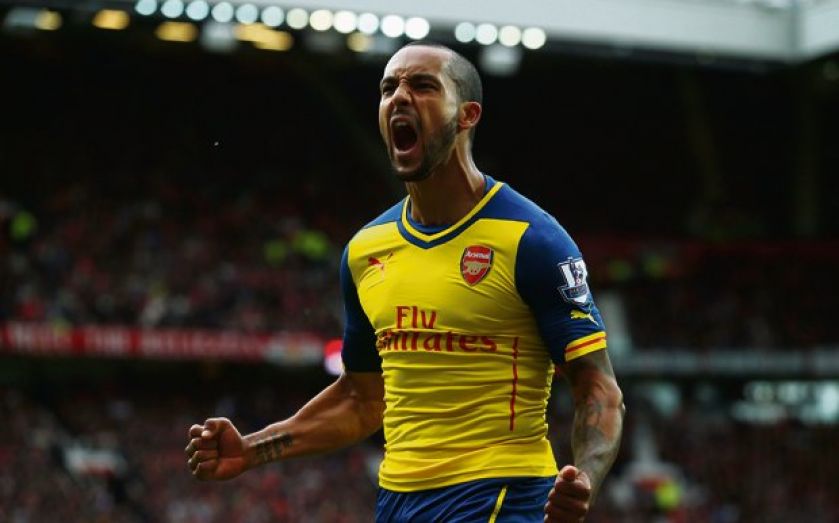 ARSENAL boss Arsene Wenger has urged his side to finish the job in midweek after all but securing a third-place Premier League finish thanks to a late equaliser at closest rivals Manchester United yesterday.

An own goal from United substitute Tyler Blackett cancelled out Ander Herrera’s first-half opener for the hosts as Arsenal claimed their first top-flight point at Old Trafford in six years.

The result leaves the Gunners needing a draw against Sunderland on Wednesday to effectively guarantee third position ahead of United given their superior goal difference, and avoid the need for a potentially awkward Champions League qualifying round.

“We have two home games so let’s focus on the next one and we can secure that on Wednesday against Sunderland,” said Wenger, whose team remain without a league win at United since September 2006.

“It will be great when we do but it’s still to do. It [avoiding the Champions League qualifying round] takes the pressure off the holidays and in the preparations because you always have that in mind when you prepare.

“Satisfaction is always a tricky question. If they’d asked me in October then I would have said yes [finishing third]. Overall of course you want to be first but 17 teams would exchange position with you.”

United entered the fixture unbeaten in their last seven Premier League matches against Arsenal and opened the scoring after half an hour when Ashely Young’s cross from the left was volleyed home at the far post by an unmarked Herrera.

Arsenal’s first shot on goal came in the 62nd minute when midfield duo Aaron Ramsey and Mesut Ozil combined to find Olivier Giroud, only for the Frenchman to be denied by United keeper David de Gea. The Gunners levelled inside the final 10 minutes when Theo Walcott’s cross was deflected past United debutant Victor Valdes, who had earlier replaced the injured De Gea, by fellow replacement Blackett.

Giroud clipped into the side-netting from Ozil’s cut-back as the visitors searched for a clincher, while former Arsenal captain Robin van Persie slashed over at the other end.

United manager Louis van Gaal said: “I have said Arsenal have maybe the best team but Chelsea can finish the game, which Arsenal cannot do and we can’t either. It’s a pity.”