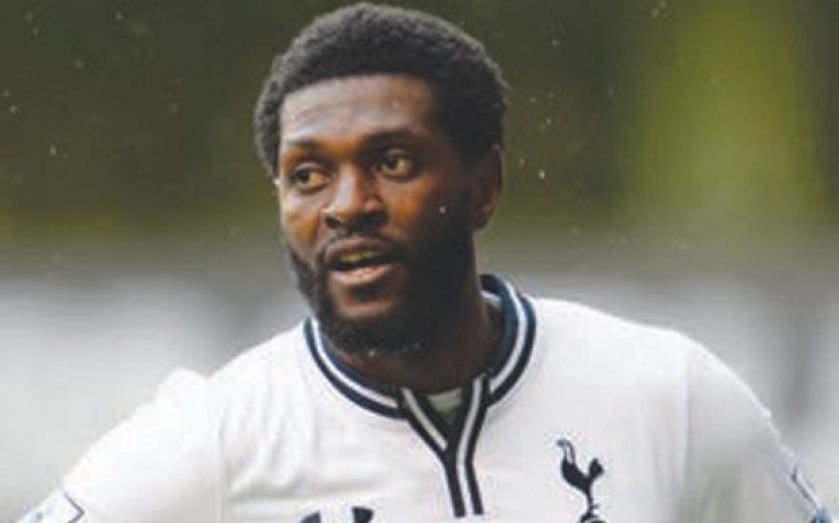 TOTTENHAM boss Tim Sherwood revealed he wants to introduce “risky” football to White Hart Lane to boost their aspirations of a top-four finish, after an unconvincing win over one of their nearest rivals.

Emmanuel Adebayor’s second-half strike, from the first of just two shots on target Spurs mustered in 90 minutes, was enough to decide the game, though they had goalkeeper Hugo Lloris to thank for keeping Everton at bay in the first half.

The Toffees also had strong claims for a penalty turned down by referee Mark Clattenburg late on after Etienne Capoue appeared to trip Seamus Coleman and Sherwood acknowledged Spurs still have room for improvement.

“I’m not pleased about how we’re starting games,” he said. “It’s a bravery thing. These are all good players, they can all handle the football. You can’t wait for someone to get three or four yards [of space] before you pass them the ball, that isn’t going to happen in this league.

“Give them the ball when they’re marked, risk the football. I want to play with risk. I want to see them move the ball, I want some rotation in the middle of the park. It was better in the second half, but there is a lot to work on.”

Everton boss Roberto Martinez, meanwhile, declared “sometimes in football you’re better to be lucky than good”, after watching his team continually thwarted by Lloris in the opening 45 minutes. The pick of the France captain’s saves saw him dive low to his left to push away a fizzing shot from midfielder Leon Osman, as the visitors dominated before half-time.

Yet it was Spurs who took the points when a quick free-kick from Kyle Walker on 65 minutes was expertly controlled by Adebayor, who unleashed a low drive that squeezed in at the near post.