Power of 10: UK more than doubles number of $10bn companies amid tech boom 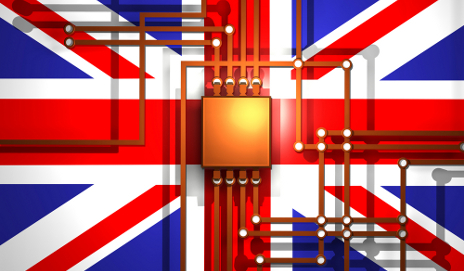 The number of UK tech businesses worth at least $10bn (£7.3bn) has more than doubled in the last six months, marking the latest sign of a boom in the British tech sector.

Fintech darling Revolut, recently-listed Wise and online grocery giant Ocado are among the businesses to gain the title of decacorn in the first half of this year.

The surge in new decacorns means the UK now boasts 12 of these large companies, putting it in third place globally behind only the US and China.

It reflects a sharp acceleration in growth for British tech firms as a result of the pandemic, as well as new changes in how companies access late-stage investment.

Revolut is the UK’s most valuable tech firm, securing a valuation of $33bn after an $800m Softbank-backed funding round announced last week.

Ocado is valued at $20bn, while Farfetch and Checkout.com are valued at $16.7bn and $15bn respectively.

Wise is the most recent arrival to the decacorn club following its successful initial public offering earlier this month, which was London’s largest ever tech float.

Together the UK’s 12 decacorns employ almost 50,000 people and have raised just under $10bn of investment since their inception.

They have attracted investment from all over the world, though the US remains the largest source of funding, accounting for 54 per cent of all backing.

While they have chosen to set up shop in the UK, the founders of six of the seven new $10bn companies hail from outside the UK, suggesting Britain is providing an attractive ecosystem for entrepreneurs.

“These new figures reaffirm the UK’s position as a top global tech hub with strong growth from the sector as we build back better from the pandemic,” said culture secretary Oliver Dowden.

“We are backing our booming tech scene with world-class digital infrastructure, skills and pro-innovation regulation attracting talent and creating jobs across the country.”

The figures, compiled by Tech Nation and Dealroom, are the latest demonstration of the success of the UK tech sector.

Also Read:
London home to nearly a third of all Europe’s tech unicorns

The country recently passed the milestone of 100 tech unicorns, while London is now home to nearly a third of all $1bn companies across Europe.

The rising number of large tech companies will also buoy efforts by the government to attract more tech listings on the London Stock Exchange.

The City watchdog is currently reviewing a potential overhaul of listing rules in a bid to make it easier for high-growth firms to go public in the capital.