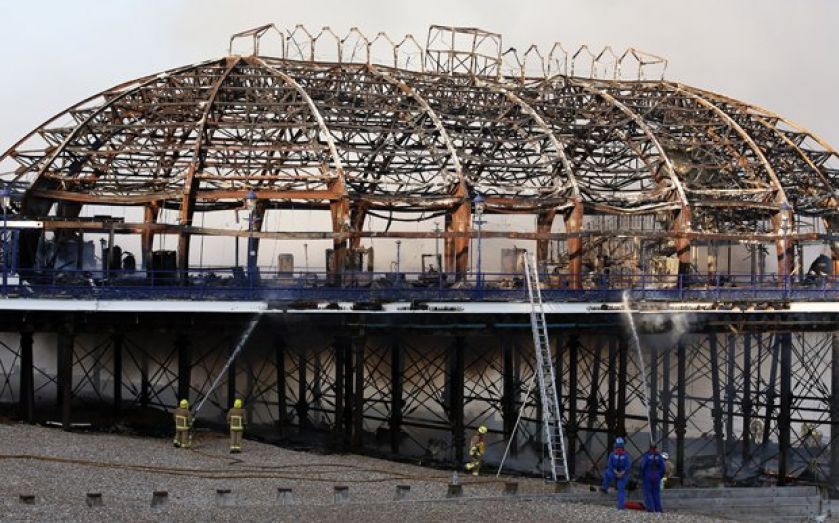 THE CLASSICAL liberal French economist Frédéric Bastiat once said that “government is the great fiction, through which everybody endeavours to live at the expense of everybody else.” Over the past year or so, numerous examples and allegations suggest that a more accurate pearl of wisdom for the UK would be: “Government is the great fiction, through which politicians deliver resources to the benefit of target constituencies, to improve their chance of re-election.”

In the US, they have a term for this sort of activity. It’s called “pork barrel politics”, and it refers to state spending intended to buy off groups such that a party candidate is more likely to win their support in an election. We will soon have to place the pork barrel terminology into the UK political lexicon too.

The devastating fire on Eastbourne pier last week is a good example. A Tory-Lib Dem marginal, as soon as the blaze had been extinguished, the seaside town was graced with the presence of David Cameron and George Osborne, promising £2m of taxpayer cash to assist with the pier’s repair. A Lib Dem aide reportedly believes that this will lead to an “arms race” of chucking government money at constituencies in the build-up to the general election.

Judging by the past few years, the Lib Dems would know. Criticised by his opponents as pork barrel spending, since 2010, there have been a range of projects where public funds have been used to the apparent benefit of chief secretary to the Treasury Danny Alexander’s Highlands constituents: tax breaks for ski lifts, £50m to refurbish the Caledonian sleeper train, money for tourist railway schemes, and cash for his local council to alleviate the imposition of housing benefit changes.

There are other examples. In the run-up to the Newark by-election, Ukip accused the Conservatives of suggesting that they would deliver extra flood defences and new railway services to win over undecided voters. There is some evidence that HS2 will be accompanied by Potemkin village-like redevelopments, with “growth plans” aimed at making the Conservatives more popular in the conurbations of the Midlands and the North. The last Labour government specialised in these sorts of schemes, where the benefits were localised but the costs borne by the wider public.

Why does this matter? In the grand scheme of things – and compared to welfare, health, and education spending – these apparently politically-motivated hand-outs may look like a relatively trivial problem. But that ignores the more dynamic deleterious consequences. As Civitas’s Peter Saunders has explained, these central government interventions often crowd out the activities of civil society. While Cameron has thrown money to help Eastbourne’s pier be repaired, the campaign to save Hastings pier (which suffered a more damaging fire four years ago) entailed no direct central government resources, but has been driven by the actions of committed local residents. In future, given the Eastbourne precedent, I suspect they wouldn’t have bothered.

Perhaps more importantly, this sort of action creates incentives for local authorities and interest groups to bid for claims on the national pot in a way which does not lead to high levels of accountability in how taxpayer funds are spent. Constituents in line for funds benefit substantially, while those paying for them (the general taxpayer) have little incentive to campaign against very minor increases in taxation.

A first stage in preventing this activity is to devolve more spending and tax-raising powers to local authorities and to have government simply do less. Sadly, there’s little evidence that central government is willing to relinquish control.