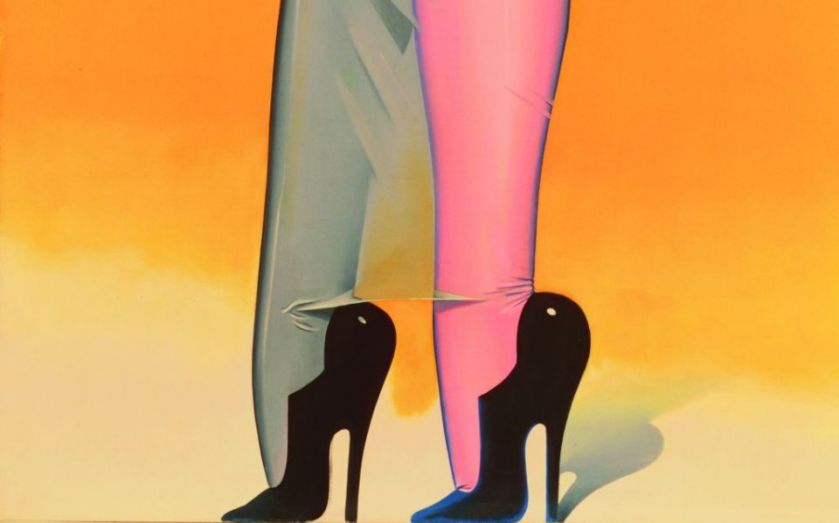 While Andy Warhol was throwing wild parties in The Factory on East 47th Street, another of pop art’s leading lights was plying his trade in an altogether less glamorous corner of the world. In 1961, Southampton-born Allen Jones took up a teaching position at Croydon College of Art after being expelled from the Royal College for “excessive independence”.
It was this “independence” that emboldened Jones to make a hat-stand, table and chair out of life-sized sculptures of women in fetish gear in 1970. When the exhibition opened at the ICA, protestors threw stink bombs and smoke bombs outside the gallery.
November’s retrospective at the Royal Academy features Jones’ celebrated “furniture” works as well as large steel sculptures, vibrant canvases, and the rarely-seen storyboards Jones uses to plan many of his compositions.
Alongside contemporaries David Hockney and Patrick Caulfield (both of whom studied with him at the Royal College of Art), Jones was instrumental in establishing a pop art voice this side of the Atlantic. This definitive retrospective has been a long time coming, and is sure to confirm his place among the leaders of the movement.
The Allen Jones retrospective opens 13 November at the Royal Academy