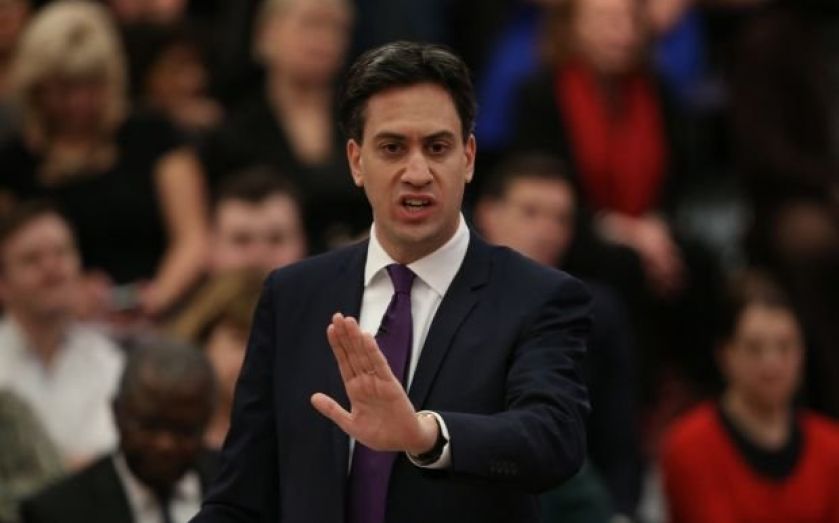 Billed as a battle speech, Ed Miliband’s address to an audience of party supporters and journalists yesterday was always going to be a big ask. Not because the Labour leader lacks conviction – he certainly had that yesterday – but because in the cold light of day Ed Miliband just isn’t a natural leader. Critics will scoff at the notion that some people make better Prime Ministers than others, but put a group of people in a room and someone will always emerge as top dog. Typically, it’s the one with enough self-belief to set aside concerns that the others won’t like them. This is Miliband’s biggest failing: he desperately wants the approval of the British people. But what he lacks in stature the Labour leader makes up for in his ability to speak to the man on the street, a characteristic borne out in poll after poll: his shadow team has been saying it for months. On the doorstep, Miliband can be warm, if still a little awkward. But that’s OK because people trust him, and that’s a quality you really can’t fake. Yesterday felt like an acceptance by Labour that a new direction might be OK. In response to a question about his biggest mistake, Miliband admitted that he probably should spend more time outside the Westminster bubble. This could be the party’s “Eureka” moment. Because while his opponents mocked the Labour leader’s awkward entrance yesterday, the party finally appears to have realised it can play Miliband to its advantage if he stops trying to fit the Cameron mould. As Nigel Farage and Ukip have discovered, playing up differences can be very powerful indeed. If Labour has the confidence to embrace how unlike Cameron Miliband actually is, he could be the party’s ticket into Number 10, not the reason they’re left standing outside next May.