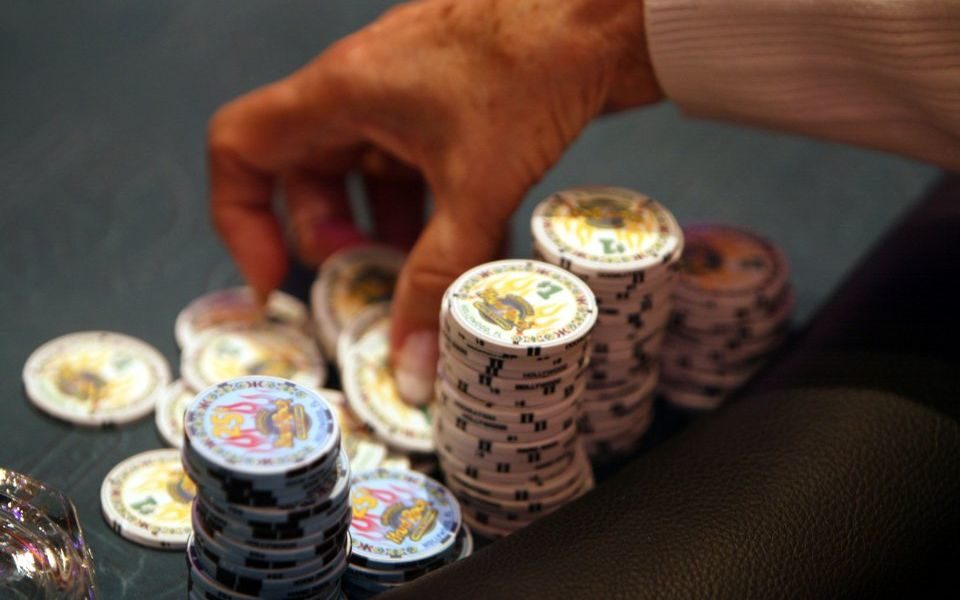 When many of the people working in the blockchain space get together at meet-ups there are often discussions around alternate ways to bring the community together.

Erica Stanford started the Crypto Curry lunches and built a strong community of people working on blockchain projects. This has now grown to other industries and cities other than London and the aim is to grow it further. There are of course nightly and breakfast meet-ups going on every day but there was a desire to link meet-ups with an activity.

Tournament poker, if played for fun, can be a great way to bring people together and we initially looked into hosting an office premises private event. But the laws of the land made this difficult so we decided to contact the casinos of London to see if they would support us.

The inaugural Crypto Poker Global event happened on 2 April at the Empire casino in London. We combined socialising with a tournament of Texas Hold’em. There were 24 beginner-to-experienced players from 21 different companies. The feedback was incredible from everyone who attended and we all agreed this should become a regular monthly fixture.

Highlights from the evening include Crypto A.M.’s very own James Bowater going ‘all in’ on the very first hand and winning the pot. Harri Saroy from 20|30, playing for the first time, played erratic betting strategies that visibly unsettled the more experienced players on the table.

On the final table at the end of the tournament the final three players went ‘all in’ to end the game and determine the winner. Jim McDonald from Weald Technology played a very shrewd game from the start and was called the winner on the night and claimed 50 per cent of all the money that the players had staked at the beginning. The next three players in order shared the rest.

Here is a selection of testimonials from those who attended the first poker night:

“I attended the first inaugural Crypto Poker tournament organised by Rob Gaskell and Aldin Ademović. The night was well planned and executed with precision, from the opening bar networking to the tables where friends became foes with plenty of banter in between. Hand after hand of cunning, skill, trickery or just plain luck saw some of the most epic poker hands witnessed with some classic all-in hands deciding the night. I highly recommend getting a seat early for the future Crypto Poker nights at the Hippodrome…. just bring your re-buy in money.” – Jeff Hancock, CEO, getFIFO.io Exchange

“I attended the inaugural Crypto Poker night created and co-hosted by Rob Gaskell and Aldin Ademović. It was a fantastic combination of networking and poker with some amazingly interesting and experienced cryptocurrency and blockchain players. It was a great mix of business and pleasure and most people were novices when it comes to poker. I’ll put my cards on the table – I’m all in. It’s now one of the best fun Crypto groups out there.” – Dickie

“I attended the inaugural Crypto Poker night organised by Rob Gaskell and Aldin Ademović. It was a brilliant night of fast poker and great chat with others in the Crypto community. It was fantastic talking with others who have a common interest and I even managed to catch a few cards! Get there early, and shuffle up and deal!”– Mick

The next event will be on Thursday 2 May and you will be able to find more about it at www.cryptopoker.global

Thanks to Aldin Ademović from Pillar Project and Rob Gaskell from 20|30 for organising the first event, setting up the website and future events.