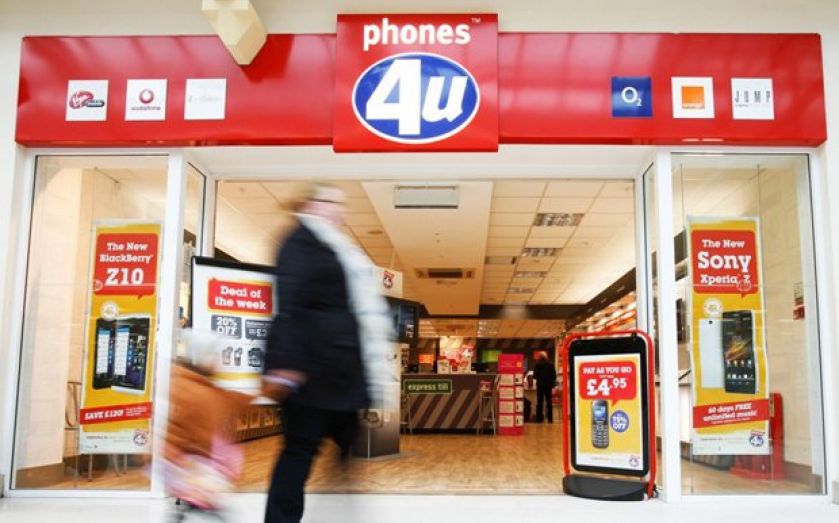 TRADERS hung up on Carphone Warehouse yesterday after it emerged the firm’s merger target Dixons had been flirting with rival outfit Phones4U.

Shares in the business fell 4.83 per cent due to fears a potential £3.8bn tie-up between Carphone and Dixons was under threat.

It came after reports that UK private equity firm BC Partners – which owns Phones4U – had met senior Dixons executives to talk about scope for a rival merger.

Dixons shares spiked from 49p to 53p when news of the approach surfaced, before falling back to close at 50p as excitement over a possible rival deal faded.

Phones4U currently operates mini-stores in about 160 Currys and PC World branches – which are owned by Dixons – and people close to the company last night said the two sides naturally “talked all the time” due to the tie-up.

However, the source downplayed the likelihood of Phones4U gatecrashing the merger, adding that the talks with Carphone remained “very much the focus”.

The difficulties of merging Phones4U with Dixons is also complicated by the size of the company – it has a price tag of roughly half that of Dixons’ £1.8bn market cap. The nature of BC’s private equity operations, which sell firms rather than merge them, also poses problems for any rival merger, a second source added. All parties declined to comment.

It follows a seven week extension to talks between Dixons and Carphone granted by The Takeover Panel yesterday.

“Since the announcement of 24 February was made when discussions were at a very preliminary stage, both parties have agreed that they require more time to evaluate a potential merger of the two businesses,” the two companies said in a joint statement.