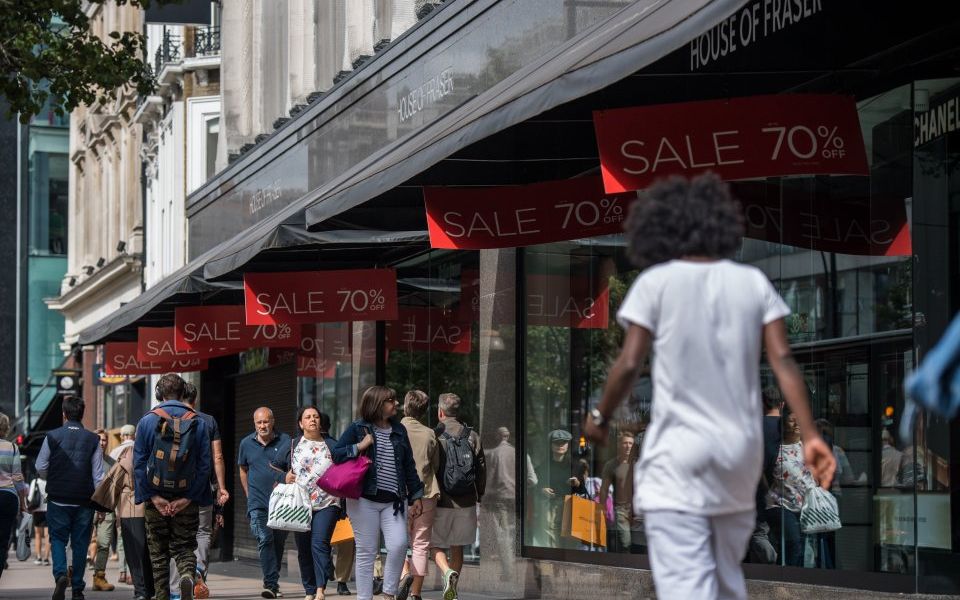 The Edinburgh Woollen Mill Group has ended business with House of Fraser due to lack of confidence in the business's future.

The company, owned by retail tycoon Philip Day, said it had not been able to agree future trading terms with new owners Sports direct.

Concessions for EWM's brands including Jaeger and Jacques Vert closed earlier this week, while negotiations between the companies continued. At the time it was signalled that trading would only pause until an agreement could be reached.

But a spokesperson for the group said today that it is now withdrawing all stock. Berwin & Berwin will also stop supplying the House of Fraser own-brand menswear line.

"Our brands have a long history with House of Fraser, and we worked hard to try to secure a satisfactory arrangement," they said. "But sadly we have not been able to agree future trading terms that give us confidence in the security and continuity of the House of Fraser business."

Luxury handbag maker Mulberry's shares plummeted in August after it acknowledged that the collapse of House of Fraser would impact its profits. Earlier this week, Hobbs owner The Foschini Group warned that it could also incur some bad debt write-off.

Ashley's Sports Direct bought House of Fraser for £90m after it fell into administration in early August. Administrators EY are facing a complaint about the handling of the process.