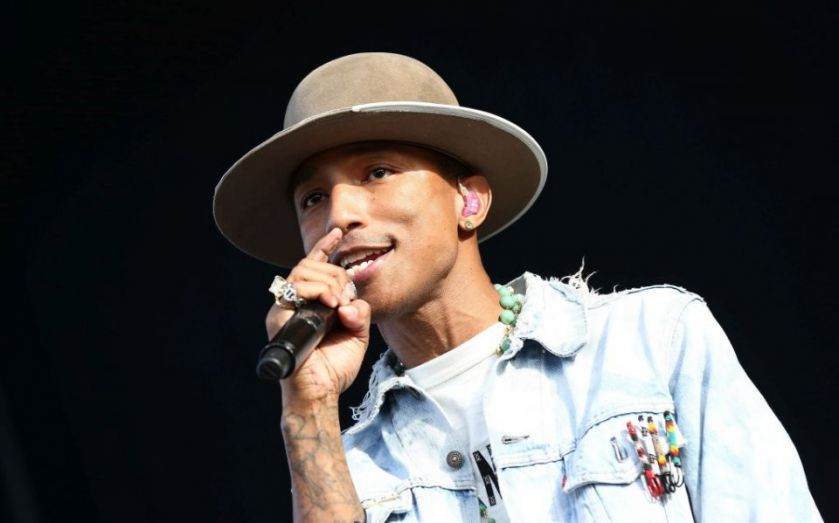 Pharrell Williams has spoken out about his court defeat last week, warning that the entertainment industry would grind to a halt if the example of the jury who ruled his smash hit "Blurred Lines" had infringed the copyright of Marvin Gaye's 1977 sing "Got to Give It Up".

Last week Williams and singer Robin Thicke were told to pay $7.3m (£4.96m) in damages to the Marvin Gaye estate after jurors in Los Angeles ruled that the similarities between the two songs represented a breach of copyright.

In an interview with the Financial Times, Williams has openly discussed the verdict for the first time, warning that creatives could be hamstrung by fears of possible legal repercussions by taking inspiration from elsewhere.

The verdict handicaps any creator out there who is making something that might be inspired by something else.

This applies to fashion, music, design…anything. If we lose our freedom to be inspired we're going to look up one day and the entertainment industry as we know it will be frozen in litigation.

"Blurred Lines" did not feature the exact same musical notes as Gaye's track, but Williams had conceded in the trial that there was a likeness in the song. He said he was "channelling…that late-70s feeling".

Marvin Gaye's family has filed an injunction in attempt to halt the sale of the single which has made over $16m to date. In an open letter, Gaye's children attempted to explain how their father would have felt about the situation.

The trio wrote: "If he were alive today, we feel he would embrace the technology available to artists and the diverse music choices and spaces accessible to fans who can stream a song at a moment's notice. But we also know he would be vigilant about safeguarding the artist's rights. He also gave credit where credit is due."