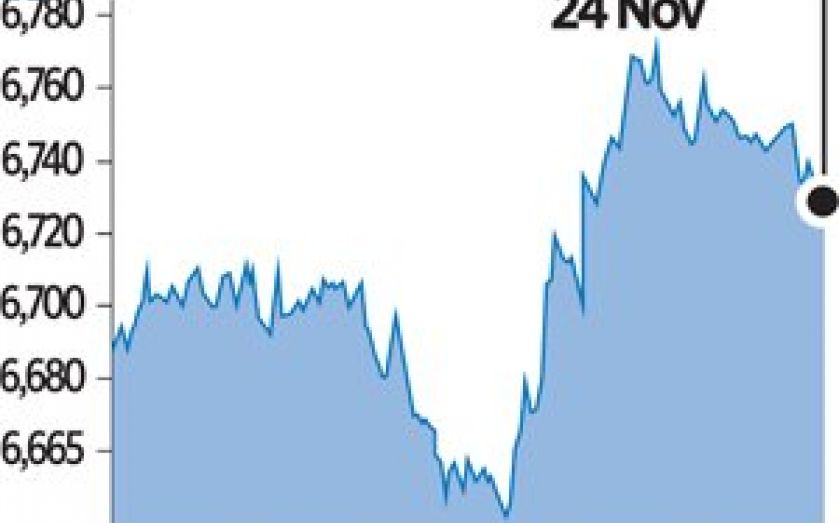 BRITAIN’S top share index edged lower yesterday, weighed down by a slump in Petrofac after it predicted low net profits, but M&A talk kept it near a two-month high.

Smith & Nephew and Friends Life were said to be likely subjects for bids, and BT confirmed it might expand into mobile communications.

Petrofac sank 26.4 per cent to 877.50p, its worst one-day percentage drop ever. The oil and gas services firm said it expected 2015 net profit of around $500m, below consensus estimates.

Friends Life rose 5.9 per cent to 368.20p after Aviva said on Friday it had agreed terms on a possible deal to buy its rival for £5.6bn, as British pension reforms put pressure on insurers to find new business. Aviva dropped 5.4 per cent to 510p on the news.

Traders said the deal made strategic sense for the insurer, but the 15 per cent premium to Friends Life’s share price was not good value.

Elsewhere Smith & Nephew jumped 4.4 per cent to 1,138p on talk of possible takeover interest from US group Stryker. Stryker said in May it would not make a bid, ruling it out for six months, which runs out this week.

Mining shares, boosted on Friday by the Chinese news, fell back on profit taking and renewed worries about global demand. BHP Billiton lost 2.47 per cent to 1,621p despite unveiling plans for more cost-cutting measures, while Rio Tinto was down 2.15 per cent to 2,976.50p and Mexican silver miner Fresnillo fell 2.29 per cent to 746p.

London Stock Exchange was lifted 3.28 per cent to 2,172p by positive comments from Morgan Stanley and Citigroup, but Hargreaves Lansdown lost 5.29 per cent to 958.5p as Citi cut its recommendation on the investment group from “neutral” to “sell”.

Bookmakers were under pressure ahead of a report on addiction from the Responsible Gambling Trust and amid talk that 80 councils were calling for a £2 limit on fixed-odds betting terminals. Ladbrokes lost 5.4 per cent to 113.80p while William Hill was 5.38 per cent lower at 339.60p.