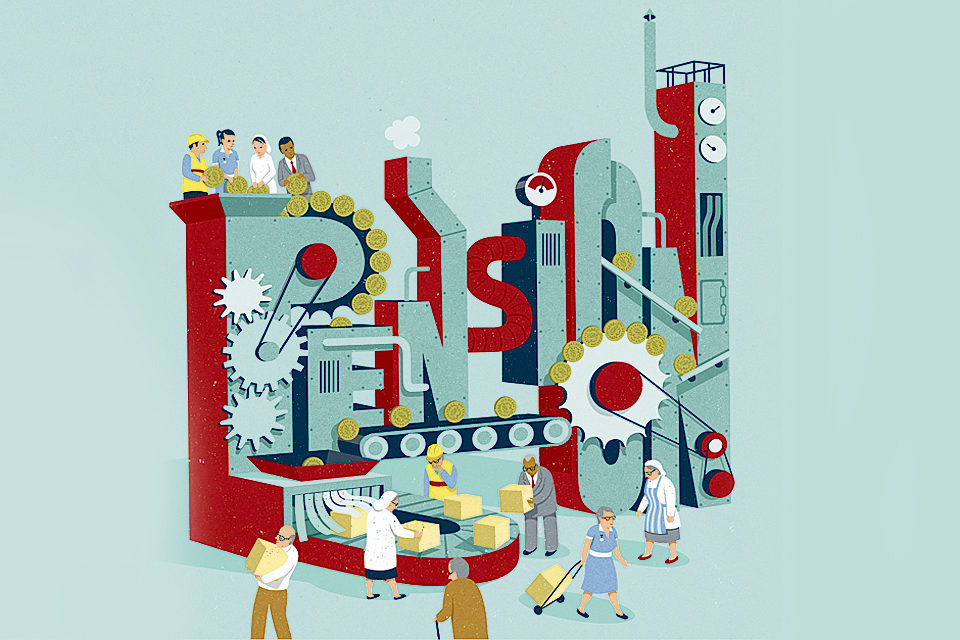 The world is getting richer. Every day, we find ways to do things more efficiently — and when we do, those benefits diffuse across the country and throughout the world.

But this diffusion isn’t always noticeable, evenly spread, or quick enough for many. For the economic system to maintain legitimacy, people need to believe that they’re benefitting from it.

Over the years, politicians have talked a lot about Britain as a property-owning, share-owning democracy. Now it’s time to take that aspiration seriously.

We are struggling on the property-owning front. The proportion of people owning their own home has collapsed since the financial crisis — more than for any other European country — with those aged under 40 disproportionately affected.

The UK is doing a little better on the share-owning front. Auto-enrolment, whereby millions have been automatically enroled into a workplace pension scheme unless they actively opt out, has been a success. The proportion of private sector eligible staff participating in a pension has increased sharply from 42 per cent in 2012 to 85 per cent in 2019.

However, while there are worse things a government can encourage people to do than save for their retirement, pensions are only as valuable as their eventual returns. Most pension funds are invested in low-risk equities and bonds. This is sensible for the bulk of allocations, but we might be missing out on a vital slice of economic growth: venture capital.

UK pension funds are lagging behind the rest of the world when it comes to VC investment. Public pension funds contribute 65 per cent of the capital in the US VC market and 18 per cent in Europe, but just 12 per cent in the UK.

“Past performance may not be indicative of future results” is a mantra to live your life by. However, venture capital has produced impressive returns. A report by the British Business Bank and Oliver Wyman found that, between 1970 and 2016, venture capital and growth equity returned on average 18 per cent per year, compared to 11 per cent for the MSCI World Index.

The report estimates that the average 22 year old automatically enroled into a workplace pension over their working life could boost their total retirement savings by seven to 12 per cent with a five per cent allocation of their fund in venture capital. Of course, “could” is doing a lot of work here, but the potential is clear.

Perhaps more importantly, the same study found that venture capital hasn’t been very closely correlated with equity markets over the decades since it took off: a 10 per cent (approximately) correlation between global venture capital/growth equity average returns and MSCI World Index returns between 1970 and 2016. Estimates vary, but a proven lack of correlation offers diversification, which can mitigate against downturns.

So why are UK pension funds so reticent to invest more in venture capital? While there aren’t explicit bans, there is a 0.75 per cent cap on annual charges for DC pension funds which is holding back investment.

The cap is understandable. After all, outside of pensions it’s fair to say that too many retail investors’ long-run returns are eaten away by high management fees. In fact, most people would be better off putting the majority of their savings in low-cost trackers.

But the unintended consequence of trying to push pension pots away from costly funds is that it precludes them from putting a small but important proportion of their investments into venture capital.

Due to the costs associated with actively managing a fund, venture capital funds tend to charge a two per cent management fee and then a 20 per cent performance fee based on returns, which have no theoretical cap. This makes managing the 0.75 per cent cap required for pension funds technically difficult were they to diversify in this way.

This issue was acknowledged by the UK government in 2017, and it committed (not that any government can really commit a future government in this way) to review the cap this year.

Given the long-term nature of venture capital investments, pension funds are well placed to benefit from the illiquidity premium — that is, the premium that comes from being able to tolerate not being able to sell the asset easily. However, because of the nature of current investments, pension funds have got into the habit of offering daily valuations.

Regulations require pension fund investments to be valued regularly, but the rules around how and when to present the value of venture investments is causing confusion. This is another area that needs more clarification from both the government and regulators.

It’s the law of unintended consequences that a seemingly sensible, minor regulation on fund charges is having such a significant impact. It’s not just investors who would benefit from a pension industry more open to venture capital: British businesses up and down the country would gain from this fresh source of capital.

The knock-on impact this would have for workers, small businesses in the company’s supply chain and the communities in which they operate cannot be underestimated.

Businesses are staying private for longer — last year the number of IPOs fell by a fifth to 1,237 — while private equity deals are skyrocketing.

If it’s a shareholding democracy we want, let’s make sure that people are able to capture as much of the country’s economic growth as possible. Let’s not leave venture capital out of the mix of our pension pots.