Pay by swiping your hand: Quixter makes a splash at PayExpo 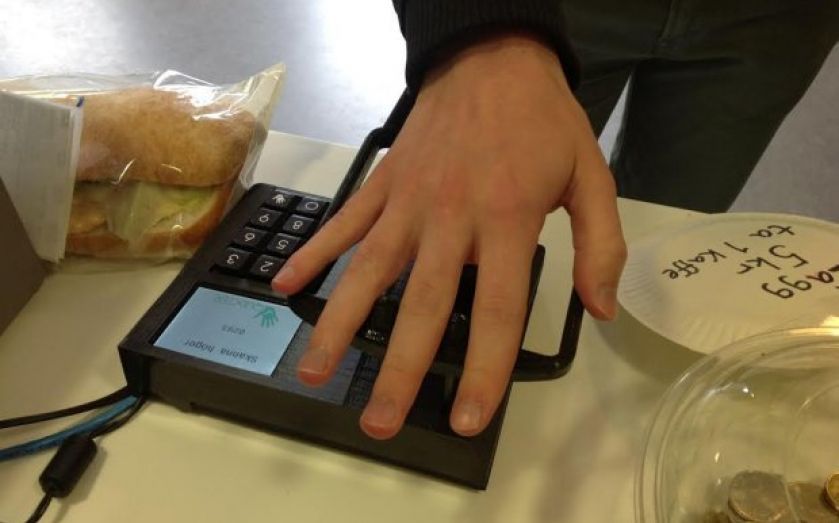 The rise of smartphones, cryptocurrencies and a host of other technologies has brought a vast amount of innovation to the world of payment systems.

However, a new product invented by Swedish engineer Fredrik Leifland, has made quite the splash at London's PayExpo conference.

The pattern of veins inside the users palm, is transformed into one of the most unique payment technologies seen yet.

Quixter has made such a good impression that it was one of four contenders for PayExpo's Payments Dragons' Den. The competition was for what is the most exciting innovation in the payments' industry?

Sensors are used to read the configuration of blood vessels and correspond with the linked bank account. Sweden should prove an ideal home for Quixter, since the ratio of ATM's to Swedes stands at just three for every 10,000 people.

Leifland was inspired to create Quixter roughly two years ago while waiting in line to pay.

Quixter has already been tried by thousands of students at the Swedish University of Lund. It has become so popular among the 15 local cafes and retailers that many students don't even bother to bring their wallets with them anymore, says Leifland.

Leifland is so confident in the system, that he has said in the past there is "no way" to commit fraud. However, using Quixter is not quite as easy as putting ones palm on a reader. Users must type in the last four digits of their phone number before having their palm scanned.

Leifland is aware that some may be nervous about giving up some of their biological data. He says that biometric data is kept separately from financial data and that a lot of work is being put into  to keeping the system safe.

Leifland's vision for product is by no means restricted to Sweden. He believes there is a large and growing demand for products that that take away the hassle of cash and cards from the retail experience.

It is indeed retail that Quixter is primarily targeting, however, there may yet be other applications for the product.