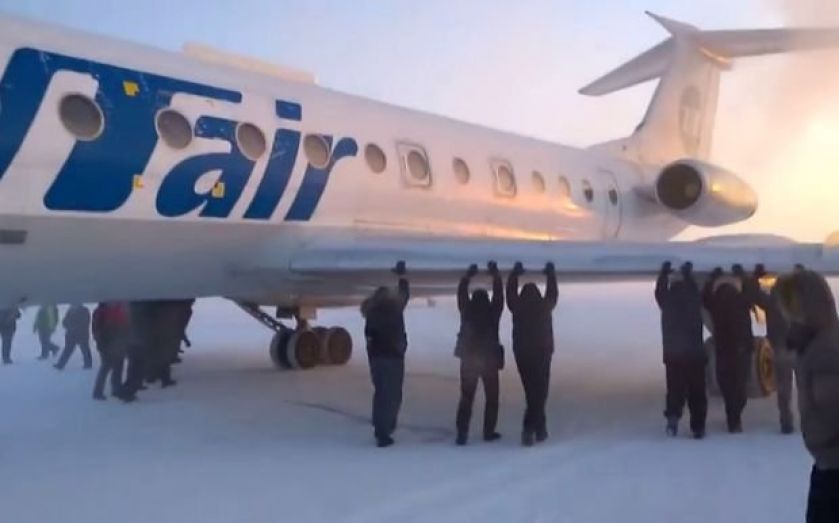 Most of us are used to giving our cars a bit more TLC than usual on a frosty morning. But a group of passengers at Russia's Igarka airport, just above the Arctic Circle, had to give their plane a push after its brakes froze up.

The Siberian Times reported that passengers on the UTair service to regional capital Krasnoyarsk got out and pushed the 30-ton Tupolev 134 plane when it was frozen in minus 52°c temperatures.

Passengers – who were mostly oil and gas workers who had been labouring on local production fields – grabbed on to the plane's wings and moved it backwards to unfreeze its brake pads. UTair said the wrong type of grease had been used on its landing gear.

As they were shoving the plan, passengers were heard shouting "come on, push" – while one pointed out that "real men can plant a tree, build a house, and push a plane". Another said: "We just want to get back home".

UTair said the plane took off and landed safely in Krasnoyarsk.

Here's a video showing the passengers getting their push on: