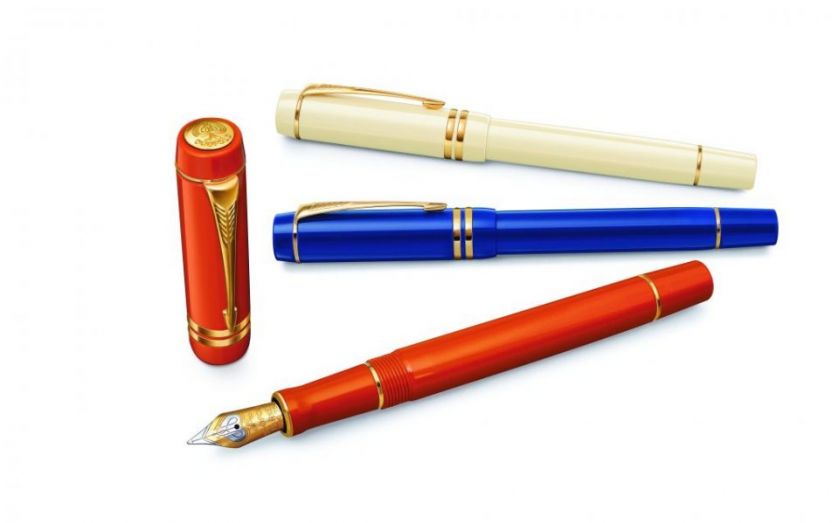 Parker has delved into its history to celebrate its 125th anniversary – and the classic Duofold is better than ever.

Who among us hasn’t received the gift of a Parker pen? From our earliest academic achievements to milestone birthdays and, of course, Christmas, many of us have grown up with this iconic brand.
Today, in an age when we spend half our working lives typing, its stature as an ideal gift has risen even further; a finely-crafted pen is no longer just a utilitarian writing tool, it’s a mark of differentiation, a sign of refinement.
Like a finely-crafted Swiss watch, to appreciate a beautiful pen is to recognise the unrivalled craftsmanship and understand the history and traditions of the form. In Parker’s case, this represents over 125 years of innovation, from pioneering inks to the introduction of innovative materials. 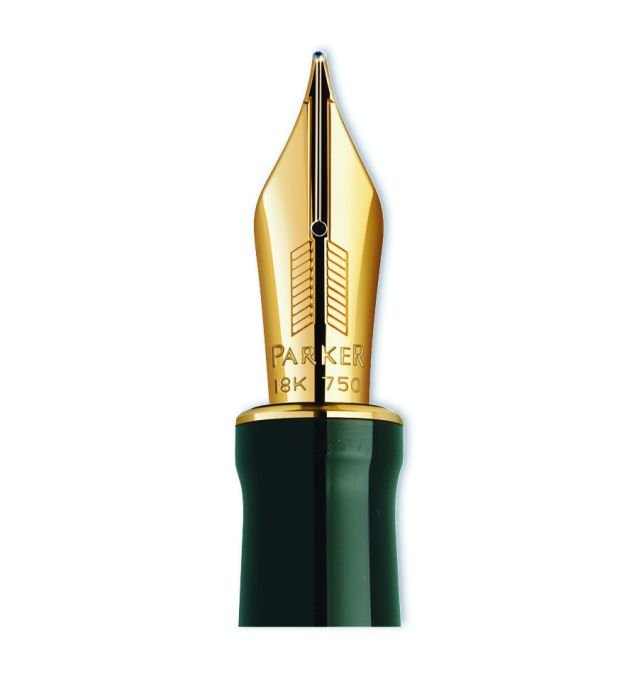 The 18k gold nib of a Parker fountain pen

Like any enduring brand, Parker has played a part in a number of momentous historical moments – its pens were used to sign the 1945 German surrender to the Allies. Six years later, the Japanese Peace Treaty was signed using… you guessed it: a Parker.
Other notable Parker aficionados include famous writers and royalty – it was even granted a Royal Warrant in 1962. Of course, all of this history would be useless if the pens weren’t up to scratch, just like a well storied watch would be if it ceased keeping time. Thankfully, Parker pens are among the finest crafted writing tools ever made, precision weighted to glide across the page, with some models featuring 18k gold nibs as well as anti-leak technology.
To celebrate its 125th anniversary, Parker has unveiled some very special new pens. It has delved into its celebrated history to re-release three historical colours of its classic Duofold line, featuring 18k gold nibs and a luxurious acrylic finish, all in a choice of “Big Red” – the original colour of the iconic pen – “Lapis Lazuli” or “White Ivorine”. This finish was the first plastic material to be used for pen production and opened up a host of new possibilities for pioneering new colours.

There is also a Duofold Giant 125th Anniversary Limited Edition, a stunning gold and diamond encrusted fountain pen featuring the patented Parker pattern and an 18k gold casing. It is presented in a black lacquer gift box with a 23.3k gold-plated pen holder and a bottle of black ink. The Duofold Senior 125th Anniversary Limited Edition, meanwhile, takes similar design cues but comes in black and silver.

If you’re looking for the perfect gift for someone creative in your life, look no further; a beautifully crafted Big Red Duofold will ensure someone will go to bed happy on Christmas Day.
Parker founder George S Parker famously said back in 1888: “It will always be possible to make a better pen.” This new range means that the next generation of Parker pen-makers will have to innovate even harder to live up to Parker’s exceedingly high standards.