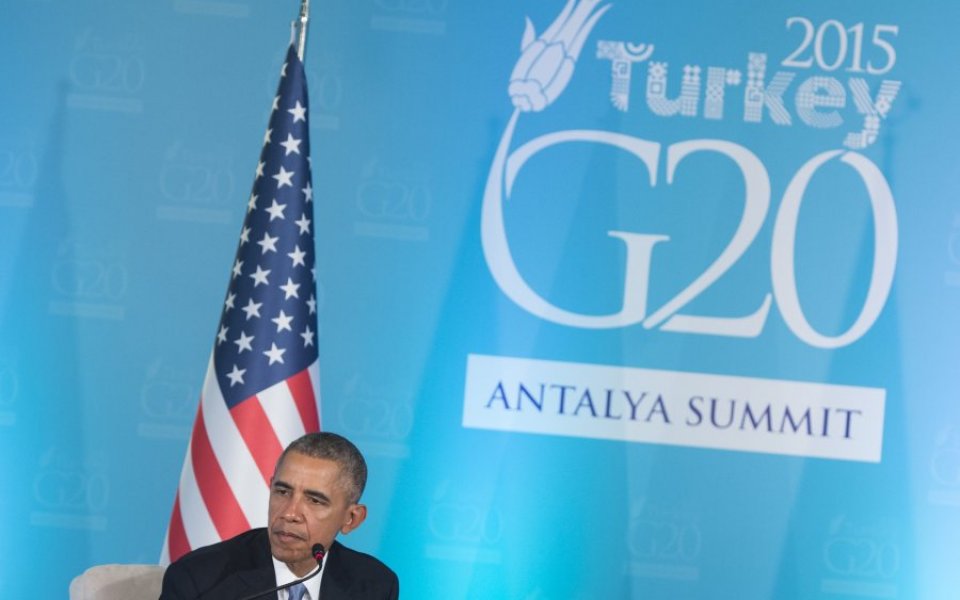 World leaders have arrived in Turkey ahead of the G20 summit where security concerns and the refugee crisis are expected to overshadow discussions in the wake of the deadly terror attacks in Paris.

David Cameron, Barack Obama, Vladimir Putin and Angela Merkel are among the leaders who have arrived in Antalya in the south west of Turkey where the global economy was due to be discussed. However, events over the weekend have now placed security centre stage.

The group of leaders from the world's leading economies is set to make an agreement on cooperating on a global response to the refugee crisis, according to a draft communique seen by Reuters.

"We call upon all states to contribute to responding to this crisis, and share in the burdens associated with it, including through refugee resettlement, other forms of humanitarian admission, humanitarian aid and efforts to ensure that refugees can access services, education and livelihood opportunities," said the draft, which has yet to be accepted by all countries and which is due to be published on Monday.

European Commission President Jean-Claude Juncker warned the attacks did not necessitate a change in the region's policy on refugees and not to give in to "basic reactions" that "mix refugees and terrorists".

"The one responsible for the attacks in Paris… he is a criminal and not a refugee and not an asylum seeker," he said speaking at a news conference on the sidelines of the summit.

At least one of the attackers has been identified as entering Europe via Greece with refugees.

"I would invite those in Europe who try to change the migration agenda we have adopted — I would like to remind them to be serious about this and not to give in to these basic reactions that I do not like," Juncker said.

However, Poland's new government has rejected migrant quotas imposed by the EU in light of the attack.

“In the wake of the tragic events in Paris, Poland doesn’t see the political possibilities to implement a decision on the relocation of refugees. The attacks mean there’s a need for an even deeper revision of the European policy regarding the migrant crisis," said incoming minister for European affairs Konrad Szymanski, according to Polish media.

The stance was echoed by Slovak Prime Minister Robert Fico. "We have been saying that there are enormous security risks linked to migration. Hopefully, some people will open their eyes now," he said.

Ariving at the summit, President Obama called the attacks which killed more than one hundred people "an attack on the civilised world".

"As we I'm sure each said to (French) President Hollande and the French people, we stand in solidarity with them in hunting down the perpetrators of this crime and bringing them to justice," Obama said at a joint news conference on Sunday morning with Turkish President Tayyip Erdogan.

"We will of course carry on with our discussions in the G20 summit within the predetermined agenda, however we will put strong emphasis on having a firm stance on international terrorism," said Erdogan.

In the UK, Theresa May will chair an emergency meeting of Cobra while the Prime Minister attends the summit. The home secretary said on Sunday morning that UK security had been steped up in the wake of the attacks.

"As we find out more about what has happened in Paris, we will be looking to see if there are more lessons to be learned in the UK," she said speaking on the BBC's Andrew Marr Show.