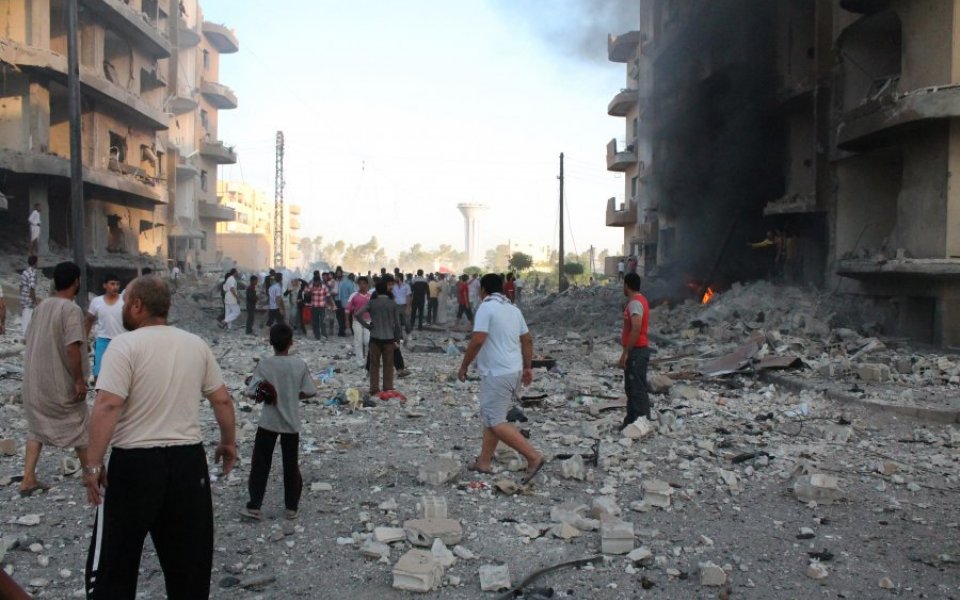 France is conducting air strikes against Raqqa, as both France and the US vow to step up their efforts against the Islamic state (IS) in response to Friday’s terrorist attacks in Paris.

Ten French fighter jets were deployed on Sunday evening, dropping a total of 20 bombs on the IS-held Syrian city. According to the French defence ministry, a munitions centre, a training camp and a recruitment centre were among the targets hit.

This news comes just hours after both French and US leaders vowed to ramp up efforts against IS centres in Syria, following the deadliest terrorist attacks in France since the second world war. Friday’s coordinated wave of attacks against the French capital killed at least 132 and injured hundreds more.

Read more: Manhunt for terror suspect at large steps up

US President Barack Obama condemned the attacks when speaking at the G20 summit in Ankara on Sunday, saying that "the skies have been darkened by the horrific attacks that took place in Paris just a day and a half ago".

Obama vowed to step up the fight against IS, or Daesh as it is also called.

We will redouble our efforts, working with other members of the coalition, to bring about a peaceful transition in Syria and to eliminate Daesh as a force that can create so much pain and suffering for people in Paris, in Ankara, and in other parts of the globe.

It’s become even more clear that our safety and security depends on degrading and ultimately destroying Isil [IS] whether it’s in Iraq or Syria.