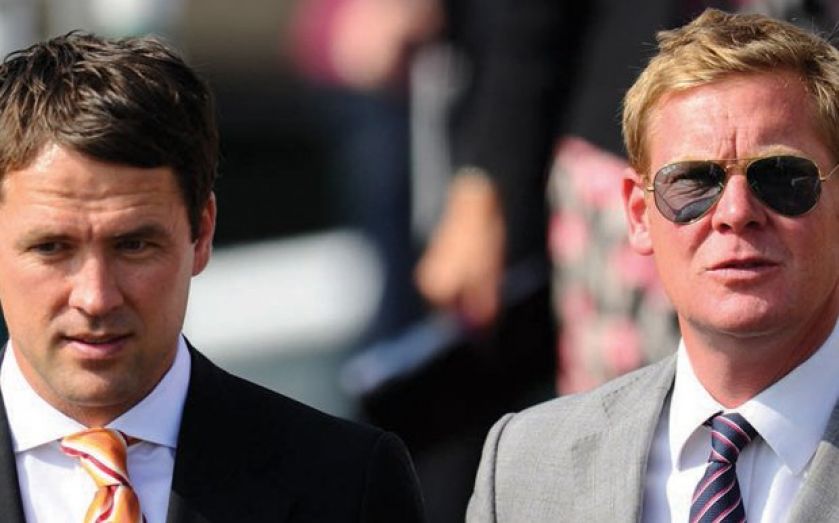 TO paraphrase that well-used political expression, “24 hours is a long time in racing”. Having lived the dream with trainer Tom Dascombe on Friday that his stable-star Brown Panther was “jumping out of his skin” in readiness for Thursday’s Ascot Gold Cup, those aspirations were left in tatters when the seven-year-old damaged his near-fore on Saturday morning.

Nobody is more aware of the perils of injury than former Liverpool and England striker Michael Owen, who is not only the owner-breeder of Brown Panther, but also Dascombe’s landlord at Manor House Stables in the heart of Cheshire.

“Brown Panther was my one and only bullet to fire at this year’s Royal meeting,” says a despondent Dascombe. “I felt he was a massive player and everyone in the yard is in bits. We won’t know how bad the injury is for a few days, but he is definitely out of Ascot.”

Brown Panther, who has won 11 races and amassed more than £1m in prize money, has taken Dascombe and Owen all over the world.

The pair had hoped victory in the jewel in the stayers’ crown at Ascot would surpass even their Irish St Leger or Dubai Gold Cup celebrations, as well as making up for the disappointment of fading close home into fourth place in last year’s Gold Cup.

“You get used to knocks in this game, and you just have to pick yourself up and climb back up the ladder,” he adds. “It’s tough, but, like Michael, I appreciate that there will be more bad days than good ones, so there is no point in feeling sorry for ourselves.”

Dascombe is hugely ambitious, having pursued victory in the United States, Australia, Dubai, Canada and most of Europe to date. So too is Owen, who has ploughed huge sums in to upgrading the facilities at Manor House in order to challenge the billionaire battalions of Coolmore, Dubai and Qatar. Second-best is not an option.

“Brown Panther is the only Group One horse that we have, and we badly need more good horses of his quality in the yard if we are going to compete with the big boys,” says Dascombe. Dascombe describes his passionate owner as “a fabulous landlord, adding: “Michael is so enthusiastic and he wants the operation to succeed. I trained successfully in Lambourn for four years, yet, when he rang me up in 2009 and asked me to relocate, I had no doubt whatsoever about his commitment. I have a wife and two kids, so it was not an easy decision.

“We had done well buying other peoples’ cast-offs and winning some decent races with relatively cheap two-year-olds. But this was an opportunity to take my career on to the next level.

“Like me, Michael is frank and honest, and he told me that I would have a blank canvas. He was also adamant he would not be telling me how to train the horses, or interfere with the yearlings I bought.”

Initially, Owen and his wife Louise had converted a cattle-barn into a 30-house stable at their base close to Tarporley. But two American barns increased the squad to 90.

There are now two more similar barns in the pipeline, illustrating their ambition to make Manor House one of the best training establishments in the country.

Dascombe adds: “We have improved both the grass gallops and the all-weather, ensured that the new boxes are spacious, well-ventilated and comfortable, and added a lounge for the owners, upgraded the office and built a hostel for the staff.”

Tom, who has a fresh and innovative approach to training, knows he has been given what might prove to be the golden ticket by Owen and Betfair co-founder Andrew Black in his quest to reach the top of his profession.

However, he stresses that contrary to some people’s belief he is a public trainer. All and sundry are welcome to join Michael on the list of owners.

Still proud of his Bristolian twang, Tom, who was riding ponies as early as three, got hooked on racing watching the ITV Seven with his dad and grandfather.

No sooner had he left school than he was off to champion trainer Martin Pipe to learn the ropes. Reflecting on their friendship, Tom says: “Martin is a genius and was 10 years ahead of his competitors. But what he always pressed home to me was to listen to everybody – then always make up your own mind.”

“I learned more in the first five years there than I would have in 15 with anyone else”, recalls Dascombe who then joined Oaks-winning trainer Ralph Beckett as assistant after gaining experience breaking in yearlings in Florida.

During a three-year stint with Beckett, Tom was asked to take a couple of horses to Dubai, where he then met top South African trainer Mike de Kock. “We hit it off straight away and he put me in charge of his 16-strong team at the 2003 Carnival. From 22 runners we clocked up eight winners and 12 places, earning $3.6m in prize money.

“When Mike arrived in Dubai, some people thought ‘this fellow is bringing zebras from South Africa’, but he soon showed he’s a class trainer. He is now on the world stage and up there with the best of them.

“Mike taught me that it was best to spot a problem before it became a problem. I have never forgotten that advice. Thanks to the excellent veterinary facilities that we have here we try to be pro-active and ensure that a hiccup does not develop into anything more serious.

“We have made a slower start this season, partly because we have been buying fewer precocious types. Hopefully the patience we have shown will pay off when we launch some of the youngsters at Newmarket and Goodwood next month,” says Dascombe.

It’s a crying shame for all concerned that Brown Panther won’t be lining up at Ascot on Thursday. But there are bound to be plenty of big days ahead for his talented trainer.