The UK's manufacturing sector is still expanding strongly in September – but the pace of that expansion has fallen from the previous reading for the first time in seven months.

At 56.7, Markit's purchasing managers' index (PMI) for UK manufacturing is close to August two-and-a-half year high of 57.2, but has disappointed economist estimates of a rise to 57.3. 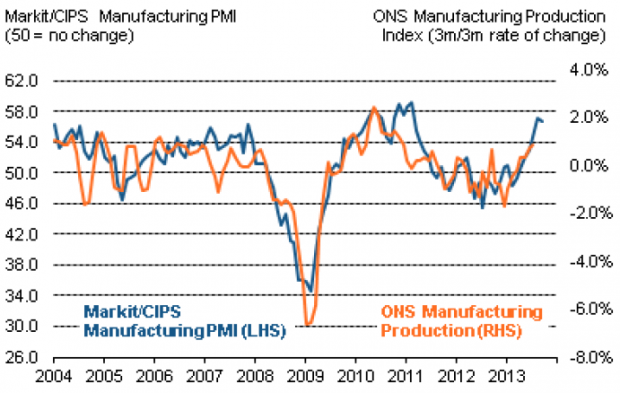 Rob Dobson of Markit said that the September survey shows "rates of output and new order growth retreating only slightly" from last month's data, and that "job creation is also on the rise, with manufacturers reporting the strongest employment growth since May 2011".

Manufacturing firms will have to "invest in enhancing their capacity, products and processes" according to Carl Williamson, manufacturing sector lead at Lloyds Bank commercial banking.