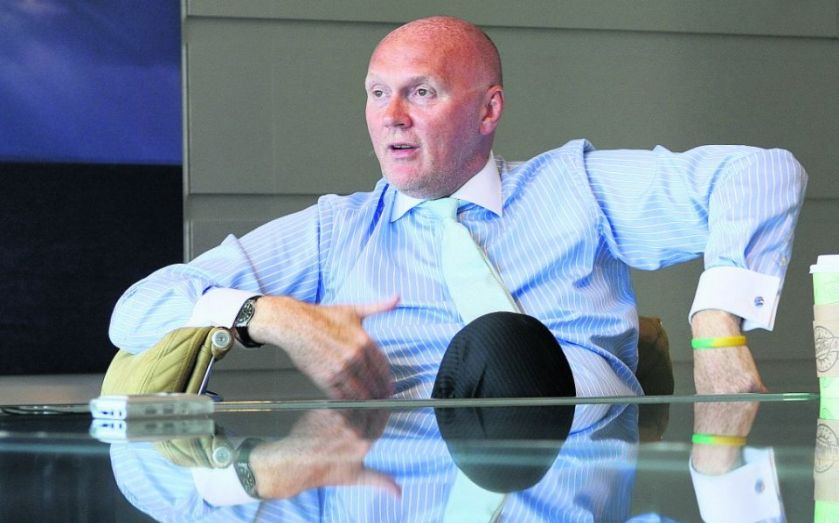 Pace chairman Allan Leighton is set to leave the UK group once its £1.4bn takeover by a US rival is finalised, as shares in the set-top box maker closed 34 per cent higher yesterday.
Leighton, chair of Pace since 2011, oversaw the cash-and-share offer by Georgia-based group Arris Group but will not seek a role at the enlarged company.
Discussions are still ongoing about the makeup of the board although it is thought Arris chief executive Bob Stanzione is likely to keep his role as head of the firm.
Pace shares spiked 34.6 per cent in trading yesterday to 447p. They still remain below their 478p peak reached a year ago.
Arris announced on Wednesday it would pay £1.325 in cash and 0.1455 of new shares in enlarged group for every Pace share, representing a 28 per cent premium.
Arris shareholders will own 76 per cent of the new company and Pace shareholders will get 24 per cent.
Top institutional shareholders, including Old Mutual and M&G, have backed the deal.
Pace co-founder David Hood, who owns 5.1 per cent of the company’s shares, will get £21m in cash and take a significant stake in the new company, dubbed New Arris.
Speaking at yesterday’s annual meeting, Leighton said: “The combination of the complementary Arris and Pace businesses will create a platform for future growth above and beyond our standalone potential.”

1 Summerfield is head of corporate at Travers and was supported by on the transaction by senior associate Jon Reddington and other specialists.
2 He is a Travers lifer having trained at the firm before being made partner in 1997. He was head of corporate finance from 2003 until moving to corporate head in 2013.
3 He studied at Gonville & Caius College, Cambridge before qualifying at Travers in 1989. His interests include rugby and cinema.
Also advising…
JPMorgan Cazenove was financial adviser and corporate broker to Pace, with a team led by Hugo Baring. Pendomer Communications was financial PR adviser to Pace. Charles Chichester led the team.